After two years of staying close to home, flying across the Atlantic to attend the Maison & Objet fair in Paris was a thrill—and also a salve for the eye and soul. Held outside the city center in the Villepinte exhibition center, the semiannual trade fair is the industry’s go-to for buyers, specifiers, and designers looking for the latest in home decor, highlighting furniture, lighting, tabletop, and linens, all represented by 1,800 international brands. The latest iteration of Paris Déco Off, where fabric and accessory companies launch new goods, was held simultaneously in Rive Droite and Rive Gauche showrooms, while Maison & Objet’s new initiative, In the City, invited visitors to 87 outposts to discover the essence of French design. All this energy, including the debut of new galleries, boutiques, hotels, and museums, brought to the fore a Parisian spirit of joie de vivre. Through that lens, here are a few of the standout themes and trends we spotted in Paris this spring.

All week long, color was vibrating off the walls—and on the streets. Oversize floral prints and tie-dyed fashions were on display at the SANAA-renovated Samaritaine department store, along with sherbet-tinted oranges, hot pinks, and minty greens. According to London-based interior designer Linda Boronkay, a deep Yves Klein blue was also omnipresent, while an eclectic range of textiles for the home included the inescapable animal patterns Gattopardo and Thaiger from Tony Duquette’s Dawnridge line for Jim Thompson, as well as a classic camouflage tapestry from Dedar called Erbaluce. New York fabric showroom Studio Four presented the Paris Elemental collection by artist and textile designer Wayne Pate whose geometric cubist forms on natural linen hark back to the bohemian Paris of Braque and Cezanne. “Years of simplicity have ushered in a new opulence, where color, pattern, and layering dominate,” says New York designer Danielle Colding about the decor she encountered around town.

History does indeed repeat itself. Case in point: The old and the new iterations of rattan furniture that were everywhere in Paris. Rattan was woven on consoles, on pendants, and on tables and chairs and produced by a wide roster of international brands. Historic companies such as the Parisian Maison Drucker have been manufacturing stylish bistro chairs since 1885, but they have recently pivoted toward the more contemporary rainbow-woven style. Denmark-based Sika-Design has manufactured furniture for iconic Italian designers like Franco Albini and also for the national Danish hero Arne Jacobsen, whose 1929 Paris and 1937 Charlottenborg lounge chairs are still in production and are available in outdoor versions. A more mod take on the reed was presented by Popus Editions, a French company whose cocktail table incorporates bright orange leather panels and detailing, giving it real sex appeal. And on Rue de Beaune, museum-worthy 19th-century wicker pieces were shown at a pop-up at Galerie Vauclair, curated by Lizzie Deshayes, one half of the British wallpaper company Fromental; here, she juxtaposed the rare samples against the brand’s own Japanese Kiku floral-patterned paper.

Elaborate Place Settings Are Back

All around the city, this year’s product previews were accompanied by cocktails and often by seated dinners, some of which were served in the most unlikely spaces. From the former residence of French intellectual François Sagan to the Twenty-Two Club, a private home overlooking the Palais Royal, design companies created intimate settings in which to socialize and dine. A formal table setting was de rigueur for French designer Laura Gonzalez, who hosted friends and the press in her new showroom on Rue de Lille, which was installed with her signature furniture upholstered in Schumacher fabrics; the Japanese-inspired meal was served on a table created in collaboration with Waww La Table. At Pinto, founded by French decorator Alberto Pinto, a dinnerware line called Jaipur was offered in a wide range of hues, while ABCDior plates, designed by Dior creative director Maria Grazia Chiuri as a nod to a toile de Jouy of the four seasons, were on display at the brand’s flagship on Avenue Montaigne. Finally, the French brand Gien presented La Favorite, an homage to the Ottoman Empire and Iznik Turkish ceramics designed by Yaz Bukey.

To celebrate the 50th anniversary of the ubiquitous smiley face, the Art Nouveau Galerie Lafayette flagship was plastered with neon-yellow grins in its windows and on the clothes themselves. The optimistic yellow hue was also dominant on fabrics, furniture, and lighting. Designer Sebastian Herkner’s new Blume Chair by Italian manufacturer Pedrali was upholstered in yellow, while a reissue of Italian designer Gae Aulenti’s 1968 Ruspa lamp by Martinelli Luce comes in a sunny finish as a single fixture or grouped in four. In her Saint-Germain showroom, French designer India Mahdavi showcased both her Oedipe sofa and Jardin Intérieur rug by Cogolin, in versions of the same bright, happy hue. Or just ask New York interior designer Rayman Boozer what he thought of the “decadent yellow velvets” he scouted at Pierre Frey: “They put me in the mood to party!”

Art Deco Is Having Another Moment

Designer Ghislaine Viñas was struck by the plethora of periods, from Art Deco to Memphis, she saw at showrooms and at the Musée des Arts Décoratifs. “If you didn’t think that Memphis would have a lasting second round, you may be wrong,” she says. “Not only am I still paying attention to the original Memphis designers, but I’m also struck by how much color is being pulled from that movement.” The 1930s were represented as well, from large-scaled Bauhaus-patterned rugs and fabrics by Jean Paul Gaultier at Lelièvre to Rinck’s partnership with Fromental, featuring its Ornements capsule collection that highlights the blood-red petit point needlework Elysée Chair with a cushion and back in a sunburst pattern. More Deco inspiration was showcased at the centuries-old Féau Boiseries workshop, with an armchair by Oitoemponto edged in black lacquer and upholstered in Dedar’s Tiger Mountain. And at Élitis, an homage to the legendary Italian architect and designer Ettore Sottsass was presented in a printed velvet from its Milano Collection.

This content is created and maintained by a third party, and imported onto this page to help users provide their email addresses. You may be able to find more information about this and similar content at piano.io

Tue Apr 19 , 2022
State laws restricting the sale and consumption of alcohol have been eased in many jurisdictions … [+] over the past two years. getty New York Governor Kathy Hochul (D) announced on April 9 that the FY 2023 state budget will include a provision to permanently permit to-go sales of beverages […] 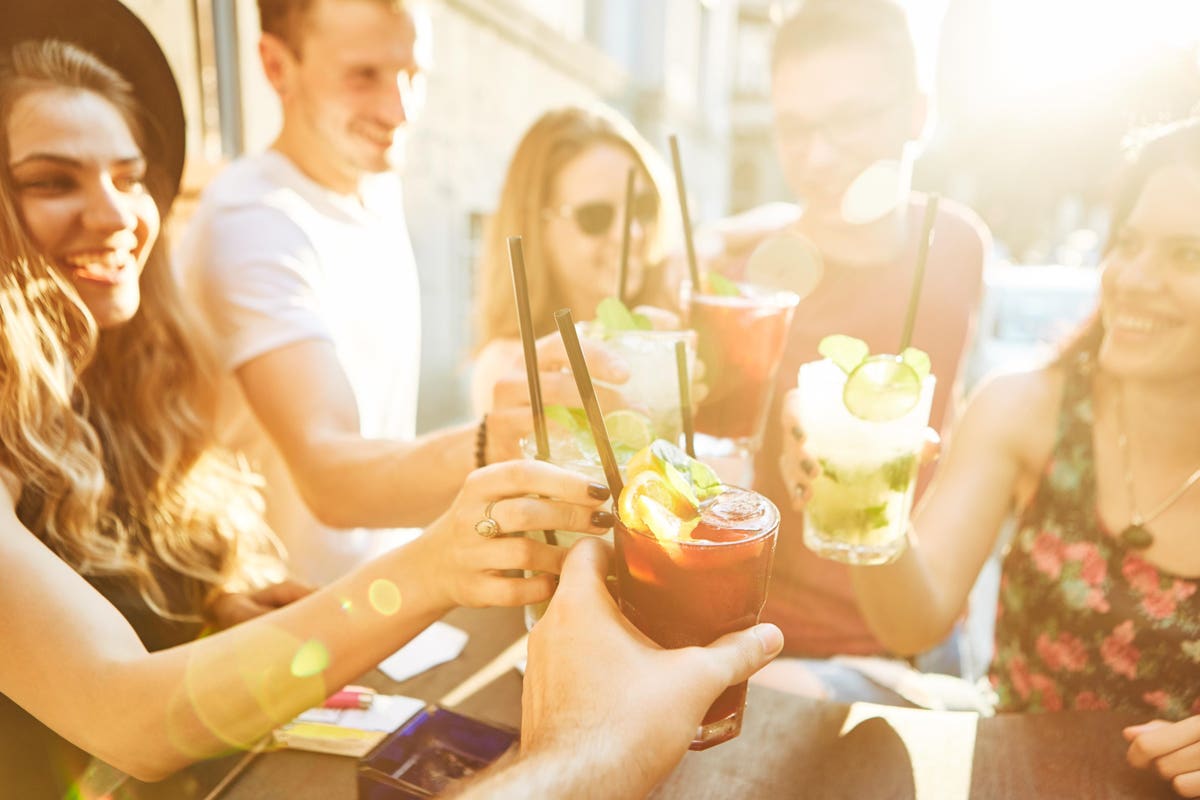