The all-white blind taste test commercial set is an immediately familiar setting. The only distinguishable features are the products and the participant—no other distractions. In its newest ad campaign, the ironically edgy canned water brand Liquid Death launches a new series of flavored sparkling waters, and to prove the premium positioning of its Severed Lime, Mango Chainsaw, and Berry It Alive flavors, the brand puts them to the test against some of the priciest liquids around. Sort of.

Why put your fizzy water up against La Croix or Polar when you can blind taste test your $1.99 cans of Liquid Death against tallboys of lobster béarnaise sauce ($50), liquified Japanese wagyu cheeseburger ($51), Spanish squid ink ($58), and beluga caviar ($580)?

The result is what you might expect . . . if what you might expect is people surprise retching, dry-heaving, and telling the director to f**k off. Did Liquid Death actually expect anyone to prefer a beluga caviar smoothie to a lime-flavored sparkling water? Of course not. The taste test isn’t the point. It’s just the vehicle for the point.

Liquid Death CEO and cofounder Mike Cessario says that the idea was to mess with an advertising trope that people are used to seeing. “So how do we make fun of that in a way that feels like Liquid Death?” he says. “At the end of the day, we’re not actually trying to get people’s opinions. We’re pulling a prank. This is just putting that prank in a familiar advertising format. It’s almost like a watered-down Jackass, to give people something funny to watch.”

To be fair, the ads are pretty damn funny. They’re also the latest in the long, somewhat venerable tradition of utilizing advertising tropes to create more advertising that doesn’t exactly feel like advertising.

In 2006, Geico had a hit with its “Airport” ad, in which its infamous Caveman sees himself in a Geico ad. One of the insurance brand’s biggest award winners in recent years was a digital video ad called “Unskippable,” parodying YouTube preroll ads, with a dog that just won’t stay still.

In 2008, Pizza Hut decided the best way to convince people to try its new line of pastas was to trick them into thinking they were at a fancy restaurant. It’s a Candid Camera-style trick utilized by brands for decades, spanning back to Folgers coffee duping Tavern on the Green diners in the 1980s.

The bit popped up again in 2016 when McDonald’s hired Los Angeles chef Neal Fraser to make a five-course meal for food critics using only the fast-feeder’s ingredients. The trope was largely put to rest after being hilariously spoofed on Saturday Night Live in 2018, with Adam Driver becoming violently insulted that Burger King would try to disguise its burger coffee as premium (and fictional) Domenico’s. At least for now.

Is it anti-advertising? No. Mock advertising? Mocketing? It doesn’t really matter what we call it. By subverting the form, the brands are telling us that we’re smart. All the other sheeple might fall for contrived concepts like the blind taste test and its sterile environment, but not you. To you, they’re just postcards of pop culture absurdity.

They’re a media shorthand that provides advertisers a platform on which to stand and make it easier to be funny. By skipping the middleman of the SNL ad parody and making fun of themselves, the image of self-awareness emerges.

Most of the time it works, because we’re so inundated with (mostly terrible) advertising messages that anything that commiserates with that fact while making us laugh is a sight for (ad) sore eyes.

But much like the mockumentary TV style, the more that ads try to subvert advertising, the more difficult it is to actually do it, and the sooner its effectiveness as a device will die. As one senior ad exec told me this week, while self-aware advertising has a big comedic upside, the level of difficulty in pulling it off is already incredibly high. ”

Reynolds’s particular set of self-aware ad skills went nuclear in 2019 when he put three different brands in one ad—a Netflix ad for his movie 6 Underground, inside an Aviation Gin ad, inside a Samsung QLED TV ad. There’s also a joke about midroll ads in there. Ladies and gentlemen, the fabled advertising turducken.

So of course, let’s laugh at the dry-heaving hilarity that Liquid Death is pouring for us. But just as I Think You Should Leave retired focus group spoofs by raising the bar impossibly high for future generations of sketch comedy, we are getting dangerously close to being oversaturated with self-aware advertising. Culture can only handle so much spoof before it needs a bucket of its own.

How to Earn Passive Income Through Affiliate Marketing and Google Ads

Wed Jun 15 , 2022
Lisa Andrea launched a financial blog in 2021 and booked $8,000 in revenue last month.  Through her business, she shares tips on generating multiple streams of income. Andrea outlines 9 of the easiest ways to earn passive income, including eBay and stocks. Lisa Andrea discovered the possibilities of passive income […] 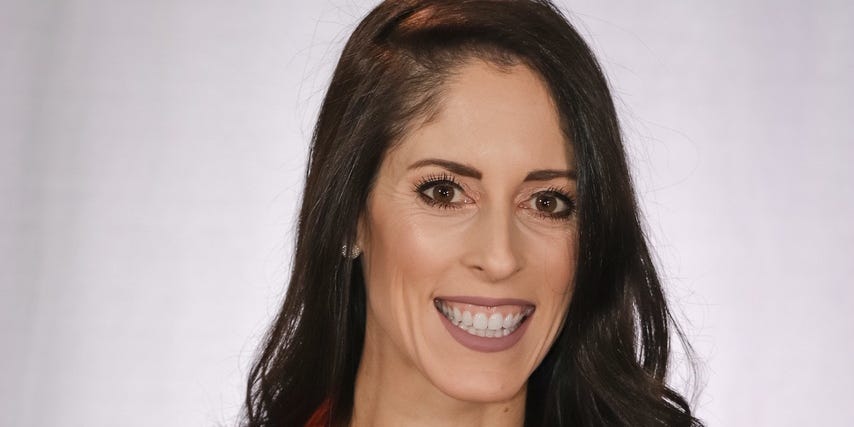