A year into massive leadership changes within Amazon, insiders say the company’s advertising business is getting shaken up.

In the year since Amazon appointed longtime AWS exec Andy Jassy as CEO, he has brought a new perspective and measurement tools aimed at big advertisers. And former Google ad exec Alan Moss is tasked with growing Amazon’s advertising ambitions into areas that attract new types of advertisers like those who typically buy television.

Under this new leadership, advertisers say Amazon’s ad pitch has changed to mirror how big platforms like Google, Facebook, Snap, and Twitter have long lured ad dollars. Amazon wants to attract companies like movie studios or insurance companies that don’t sell on Amazon but are critical to the growth of its advertising business, which netted $23 billion during the first three quarters of last year — up from $13.5 billion in the same period in 2020.

And Bryan Gildenberg, SVP of commerce at Omnicom Retail Group, said, “This is the year that Amazon matures as an advertising arm.”

Amazon is following in the footsteps of Google and Meta

“With this change, the Amazon large customer sales team is no longer focused on shopper marketing dollars — they’re now responsible for breaking through to the $70 billion TV market,” he said.

“We regularly review the way our teams are structured and look for ways to improve so that we can better deliver for customers,” said an Amazon spokesperson. “In this case, that means better organizing around advertising customers with like needs so our teams can leverage shared knowledge, resources and best practices, and to help our advertisers be more successful and operate more efficiently.”

As part of that focus, Amazon is selling advertisers on its version of a TV audience across video properties like

“Amazon account executives are pitching every brand in the world on buying ads on Twitch as a new inventory source,” said John Shea, CEO of e-commerce consultancy Momentum Commerce.

Amazon’s push for brand dollars extends beyond TV inventory. Moss has also built sales leadership roles around verticals to serve specific types of advertisers — similar to Google’s and Meta’s approach. For example, Amazon recently named John Coppock head of ad sales for gaming and a team focused on ad sales for NFL Thursday Night games is hiring for a director of sports sales.

And Glomski said that over the past year, Amazon sales reps have roughly doubled the frequency of giving advertisers information on upcoming programs, including monthly breakdowns showing recently launched advertising opportunities. This too is similar to how Meta and Google sales reps often pitch big advertisers and agencies on new ad formats and programs before they become widely available to drum up interest.

“I’m hoping that they reduce the rotation of frequency like Google and Meta and keep dedicated account executives on accounts to help grow, groom, and expand the business,” he said.

An Amazon Advertising employee who spoke on the condition of anonymity because they are not authorized to speak to the press confirmed the reorganization and said it is aimed at helping advertisers think more holistically about Amazon’s ad business. The person said that previously, Amazon sales reps pitched advertisers on individual ad formats and programs. The new structure allows sales reps to put together a pitch that includes Amazon’s search, display, and OTT ad products.

Several agency execs believe Jassy’s background at Amazon Web Services plays a role in Amazon’s advertising new direction. Specifically, all of the sources interviewed for this story pointed to an ad product called Amazon Marketing Cloud, a data clean room that uses AWS’ cloud infrastructure to provide a space where advertisers can securely see what types of people clicked on their ads, and whether they drove sales.

Sources said this push into new measurement products is squarely aimed at big brands like Procter & Gamble and Unilever that don’t have loads of first-party data to target and measure ads, and that in the past six months, Amazon has aggressively pushed to include the data clean room on media plans.

Amazon is betting so much on the potential of AWS to enhance Amazon’s adtech business that this year, it is staffing a 30-person team that combines AWS and advertising personnel, said the anonymous Amazon employee.

Sun Jan 30 , 2022
Russia’s business elite is bracing for possible military conflict, billions in lost value and new rounds of hard-hitting Western sanctions in silent despair — unable to influence the course of events and unwilling to speak out publicly, business owners and representatives told The Moscow Times. Russia’s stock market has been […] 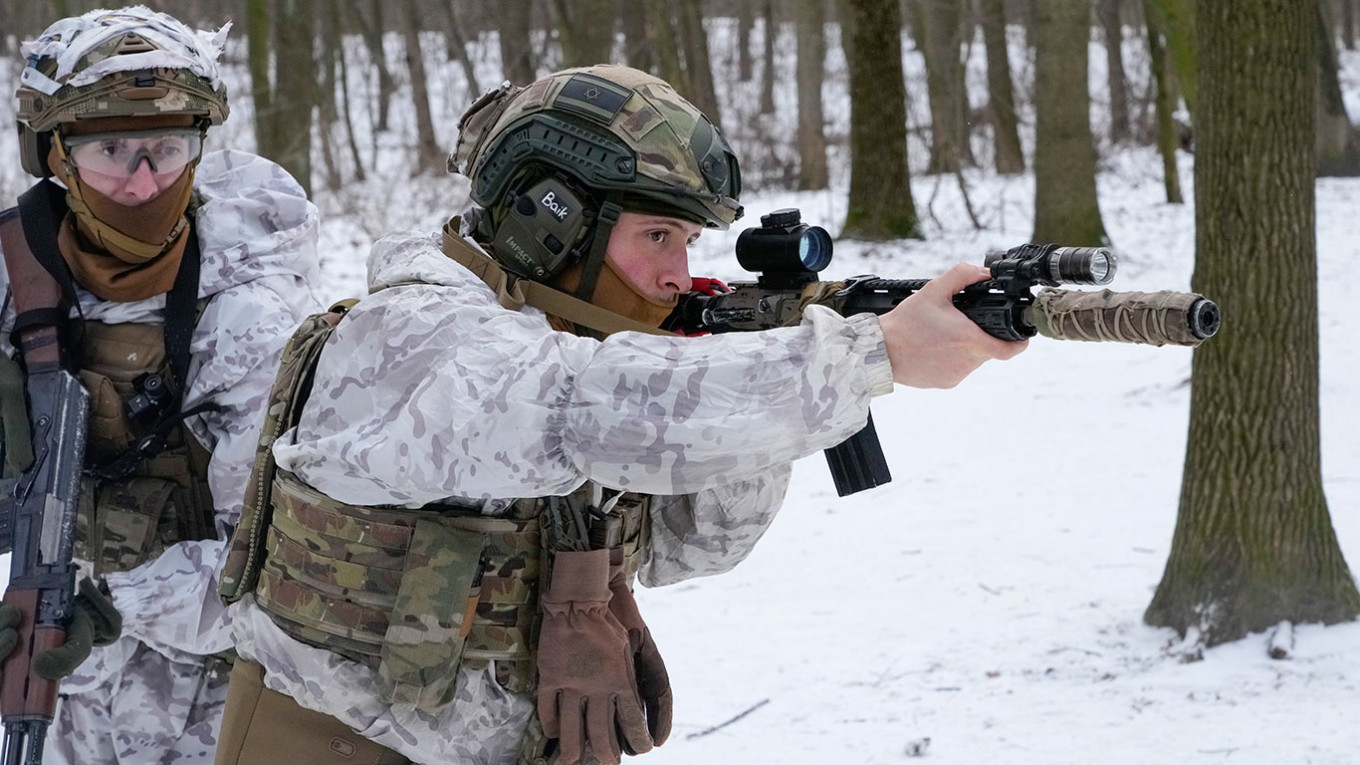