The controversy over “clean wine” is back. In early April, the federal agency that regulates wine and other alcoholic beverages issued a mild warning to producers — and a caveat emptor to consumers — about potentially misleading health claims in advertising. In its newsletter, the U.S. Treasury Department’s Alcohol and Tobacco Tax and Trade Bureau, or TTB, focused on the word “clean,” which is not defined in TTB regulations.

“We’ve received inquiries about the meaning of the word ‘clean’ when used in the labeling and advertising of alcohol beverages,” the agency said, hinting at resentment among producers and consumers over use of the word.

“Consumers should not interpret the term as meaning that the beverage is organic or has met other production standards set by TTB,” the agency said.

Cameron Diaz is selling a ‘clean’ wine, but the term is quite muddy

The TTB approves labels and has been known to be strict about its regulatory standards. It does not approve advertising, though it will review ads at a company’s request and can issue fines if advertisements violate standards, such as making “false or misleading health claims or health-related statements.” And you’re not supposed to disparage a competitor’s product.

So the use of “clean” depends on whether it creates a misleading impression. For example, a wine’s flavor can be described as clean, as in “a clean, crisp wine.” This, the agency said, “is considered puffery.” (Hey! I resemble that remark!)

But there’s a problem when “clean” is used with other verbiage to imply that the alcoholic beverage has health benefits, “or that the health risks otherwise associated with alcohol consumption will be mitigated,” the TTB said. “For example, ‘X malt beverage is clean and healthy’ or ‘Y vodka’s clean production methods mean no headaches for you.’ ”

“We would consider those claims to be misleading health-related statements,” the agency said.

Some in the wine world hailed the TTB’s message. Wine writer Alder Yarrow, in his popular Vinography blog, said the feds “gave a big thumbs down to those wineries who have been marketing their wares under the banner of ‘Clean Wine.’ ” Esther Mobley in the San Francisco Chronicle called it “a major victory for truth in wine advertising.” Winemaker Adam Lee, of Clarice wines, had one company’s wines lab tested and found they were not in fact “sugar-free,” as the winery claimed.

So what does this mean for us consumers? We should always be alert for dubious health claims in wine advertising. This goes beyond the word “clean.”

Let’s look at the website for Avaline, the brand created by actress Cameron Diaz and entrepreneur Katherine Power that has been at the center of the clean controversy. Clean appears prominently, though always with the word “delicious,” as in “clean, delicious wine.” Puffery. A transparency tab lists ingredients — organic grapes, sulfites, cream of tartar, tartaric acid, yeast, yeast nutrients and organic cane sugar for sparkling wine. There is also a list of producers in Spain and California who make Avaline wines. Labels include nutrition information.

So far, so good. More wineries should put that information online, if not on the label. We’d have fewer issues about marketing such as this: Diaz and Power describe Avaline as “clean, delicious wines full of natural goodness and free from unwanted and undisclosed extras.” Such broad intimations that all other wines are unnatural or unclean are unfair, even if more transparency by the industry would show that. Yes, the TTB allows “more than 70 additives,” but that doesn’t mean every wine is loaded with stuff other than grapes. Many of those additives are natural and harmless, such as the cream of tartar used in Avaline and many, many other wines. But additives sound scary.

A company called FitVine lists nutrition information for its wines on its website to bolster claims that it offers low-sugar, low-calorie and healthy, “natural” wines. How healthy? The company’s logo is a silhouette of a buff runner holding a wine glass in one hand and a bunch of grapes in the other. Winemakers I spoke to said most wines would have the same or similar nutritional information. So why aren’t more wineries providing it?

Wine eco-certifications: What they mean and how to read them

A quick Google search for clean wine turns up various names that make similar health claims that the TTB may have had in mind. If you get headaches and your eyes get puffy and your skin mottled after drinking wine, it’s probably not your choice of wine but the amount you’re drinking. These brands seem to say drink as much as you want because you won’t feel sick. That’s not responsible marketing.

Most of these companies advertise primarily on social media. They target a younger, health-conscious, keto-crazed audience that doesn’t want to spend time researching how their wines are made. They are marketing wines to fit into a healthy, socially active lifestyle, while the critics shape their lifestyles and professions around wine. So to them it’s personal.

Caveat emptor, to be sure. But if wineries would adopt similar transparency, they would show these health claims for what they are: mere puffery.

Tue May 24 , 2022
When the top staff of Pennsylvania’s biggest pension fund was asked about board member Joe Torsella, a gadfly who pushed relentlessly for change at the $73 billion plan, they complained that Torsella didn’t trust them and even called him “intractable” in a public statement. Now a new set of previously […] 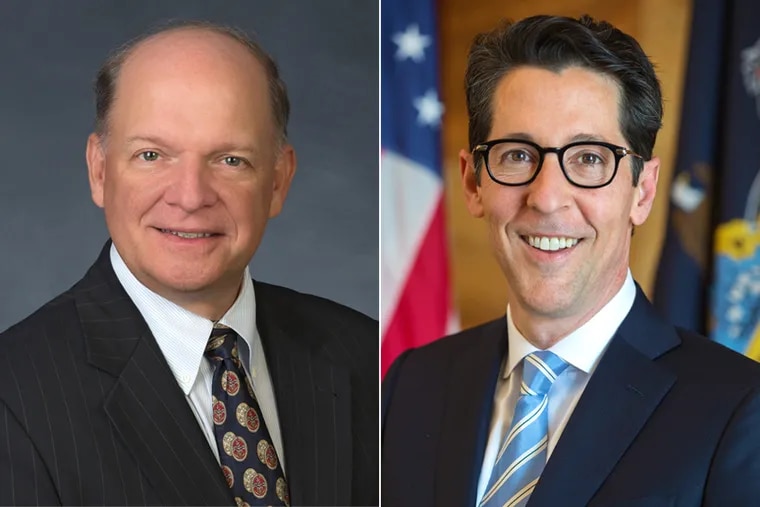