Democrats are outraged at Donald Trump’s recent praise of Vladimir Putin, worried it will undermine President Joe Biden as he faces the most critical juncture yet in his effort to stymie the Russian invasion of Ukraine.

Commenting on Putin’s invasion of Ukraine this week, Trump called Russia’s leader “savvy” and praised his tactics as “genius,” though he did not endorse the invasion. He also claimed that had he still been president, Putin would not have invaded Ukraine.

“I don’t think we’ve ever seen a situation where a former president of the United States actually took the side of the United States’ adversary,” said Democratic Sen. Chris Van Hollen, of Maryland, a member of the Senate Foreign Relations Committee. “When you’ve got a war going on it’s obscene to see a former president take the side of the aggressor.”

Van Hollen told Insider that by siding with Putin in his attack on a democratic country, “Trump is undermining our national security and that of our allies.”

“It risks undermining support for what has got to be a collective effort to fight an authoritarian attack on a democratic country,” he said.

Other Democrats, while swift to condemn Trump’s remarks as “outrageous” and  “pro-authoritarian”, demurred when asked whether Trump’s comments could undermine Bidens’ response to Putin, signaling an unwillingness to allow the former president to distract from Biden’s efforts.

Sen. Tina Smith, a Minnesota Democrat, told Insider, “In terms of what our president is doing right now, Trump’s comments are irrelevant to that.”

“President Biden is countering this violent right-wing assault on freedom with international unity,” Rep. Andy Levin, a Michigan Democrat who sits on the House Committee on Foreign Affairs, told Insider. “He’s isolating and weakening Putin, and he’s exposing Trump and his base for what it is.”

And Sen. Bernie Sanders, an independent of Vermont tweeted that it was “outrageous” that Trump was taking Russia’s side.

“It should concern us all that Putin is exactly the kind of leader Trump would like to be, and that so few Republicans have the courage to say this out loud,” Sanders said.

Biden must walk a tightrope in responding to Putin’s aggression in Ukraine with enough force to discourage the offensive while honoring his current pledge to keep US forces out of the country. The attack also comes at a time when Biden is confronting low approval ratings and Americans frustrated with rising inflation affecting necessities like groceries and gasoline, which could be exacerbated by the situation in Ukraine and the economic deterrents the US and its allies are imposing on Russia.

On Thursday, Biden announced harsher sanctions on Russia’s banks and oligarchs, and that he had authorized additional US forces to deploy to Germany with the aim of bolstering its allies in the North Atlantic Treaty Organization.

“Putin is the aggressor. Putin chose this war. And now he and his country will bear the consequences,” Biden said.

‘Reagan is spinning in his grave’

While Biden has sought to project a united front against Russia, Trump, and many conservatives have spent the past several days slamming Biden’s response.

“The US southern border matters a lot more than the Ukrainian border,” said Charlie Kirk, founder of Turning Point USA. “I’m more worried about how the cartels are deliberately trying to infiltrate our country than a dispute 5,000 miles away in cities we can’t pronounce, in places most Americans can’t find on a map.”

Rep. Susan Wild, a Pennsylvania Democrat who also serves on the House Foreign Affairs Committee, told Insider she was “saddened” that some Republicans “have been just taking it as a political moment to rip the administration apart.”

Van Hollen noted the congressional delegation attending the Munich Security Conference on February 21 were in “bipartisan solidarity” in how the US should respond to Putin’s aggression.

“There are plenty of Republicans who support the president’s approach and are also cringing at the fact that Trump has perverted their party when it comes to issues like this,” he said.

More notable about Trump’s comments, and those of his supporters is how far they have strayed from past Republican presidents who faced down the former Soviet Union and the global reach of communism decades ago.

“Ronald Reagan is spinning in his grave,” Matt Bennett, co-founder of the center-left think tank Third Way. “This is the precise opposite of everything that Reagan stood for. He believed in a strong America that was a hyper power and the leader of the world. And he believed that aggressive Russian leaders were evil.”

Bennet said that Trump was “committing this near treasonous act” that complicated Biden’s efforts, especially at home.

“I think it just further deepens the divide in America between those living in a world in which facts and decency matter and those who aren’t,” he said.

Mon Feb 28 , 2022
Tuesday, February 22, 2022 TCPAWorld has been extensively covering developments with the Florida Telephone Solicitation Act (“FTSA”), or the mini-TCPA for calls in the Sunshine State. As a quick recap, two separate bills in the Florida Legislature have proposed a slew of amendments to the FTSA: the Florida House Bill, […] 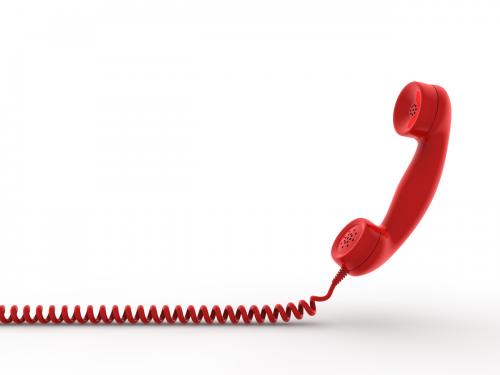