Any home worthy of the name has multiple duties to fulfill: as a shelter from the elements, a stage for the interactions of family life, and a refuge from the pressures of the wider world. When that home belongs to a designer, however, it may be pressed into even more specialized service. In addition to functioning as a residence, it can often become a crucial element in the advancement of its owner’s career—as a marketing tool and more.

Get a Foot in the Door With Your Nest

For fledgling firms that don’t yet have a lot of completed jobs to show, personal projects can be invaluable for catching the attention of editors and potential clients.

One case in point came up during a recent session of the AD PRO Global Design Talks called “Open Invitation—Designers’ Own Homes as Calling Cards”: Brigette Romanek’s bright, eclectic makeover of her family’s 1929 Mediterranean-style house in L.A.’s Laurel Canyon quite literally got her into the biz. “I’d done stuff for friends in a very casual way,” she recalls, but “I just thought it was this great creative outlet.” After the home appeared in the October 2016 issue of AD, however, Romanek says calls and emails from people looking to commission design services started rolling in. “From that I really began my career,” she says. “To get to do what I love and have a passion for and have it be my work—it’s changed the game for me. And my home being published was a huge component.”

Well-timed publication provided the first step in what turned out to be a similarly transformative journey for Boston-based designer Nina Farmer. After having assisted for studios in both New York and Boston, Farmer was just preparing to strike out on her own when a major national magazine ran a feature about her family’s newly renovated Beacon Hill residence. A second brownstone redo (for a family in the same neighborhood) followed, which likewise got national exposure, and then the requests to update older homes kept coming. “Without me really knowing that was the plan,” Farmer observes, she became something of a specialist in revitalizing period dwellings. “As I look back, it has been 80% of our projects.” Today, she has a book in progress with Rizzoli that will profile her historic work. “I’ve developed this real passion and love for old homes, and it started with my own. My house showed me that that was a path.”

Turn Your House Into a Marketing Tool

Your home’s promotional potential isn’t entirely dependent on getting published, of course (although it definitely doesn’t hurt.) Be proactive about leveraging the imaginative capital you’ve invested in your personal spaces.

Following her initial exposure in AD, Romanek continued scouting for chances to reach more viewers. Some magazines and websites are happy to share content that has already run elsewhere, and pushing a project out on Instagram and other social media is always an option. But Romanek also exploited the beauties of her home base as the photographic setting for a catalog of her lighting and furniture collection with Mitchell Gold + Bob Williams. (Other designers have had similar ideas, as AD PRO has covered previously.) “Anywhere someone can get their eyes on what you do is helpful, if it’s the right environment,” Romanek counsels.

Who budgets for Bill Gates? Here's how family offices manage money for the ultra-wealthy 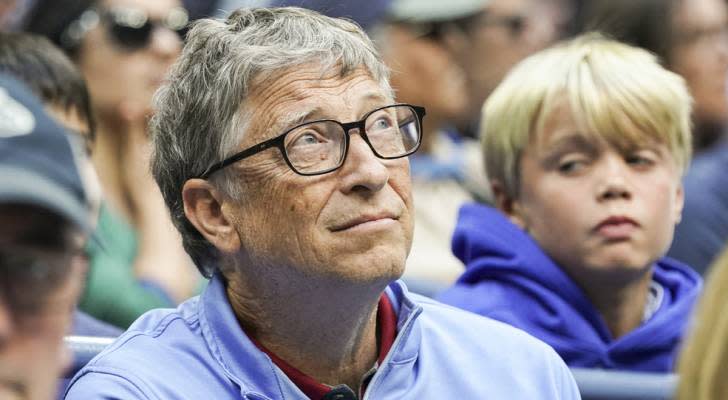