In the past two years, amid growing discontent over excessive tourism, the Hawaii Tourism Authority has been trying to reinvent itself from an entity in charge of merely marketing the islands to one seeking also to manage tourism to create a better experience for residents and visitors.

Now, HTA has unveiled a major piece of its plan for implementing its transformation. On Friday, the state agency asked potential bidders to submit proposals for a contract worth up to $35 million.

The request for proposals asks the contractor to do two main things concerning the U.S. market. One of them – to support HTA’s branding and marketing efforts – is nothing new. The other – to support a series of “destination management action plans” created by HTA with community input – seems innovative.

But when it comes to measuring performance, the new destination management component gets short shrift.

The vast majority of performance measures stated in the document relate to HTA’s usual tasks: advertising, marketing and public relations.

While a few of the performance measures focus on items concerning destination management plans, roughly 50 focus on things like numbers of social media followers, eyeballs for print and television ads and the number of articles produced by writers coming to Hawaii on HTA-sponsored junkets, known in industry parlance as FAM trips.

In an interview, Kalani Kaanaana, HTA’s chief brand officer, said it’s important to note that the agency’s overarching mission, established by statute, is to promote tourism in Hawaii.

“If people aren’t coming, then we’re not doing our job,” he said.

At the same time, Kaanaana said, HTA wants to change the image, cultivated over a century, that Hawaii is merely a sunny playground. He wants people to view Hawaii more like the protected Galapagos Islands and less like Las Vegas, he says. And that means overhauling Hawaii’s brand.

“Are we sending the right message to the right audience at the right time and in the right way?” he said.

Ilihia Gionson, a spokesman for the HTA, acknowledged the request for proposals is largely about communication. What’s different from the past, he said, is the story being told. He and Kaanaana said the marketing, advertising and PR campaigns will all be informed by the destination management plans.

“The short of it is, this is all about visitor education, so the content will be different,” Gionson said. The idea is that different content will lead to different visitors and thereby achieve the destination management goals.

A key point, Kaanaana said, is to have bidders “demonstrate how they would change how we promote the Hawaiian Islands to the U.S.”

HTA’s request for proposals includes some performance measures based on the destination management plans.

For instance, the winning bidder will have to report how many initiatives it undertakes to promote volunteer programs for tourists, local festivals and Hawaii-made products. All are things the public asked for in HTA’s destination management plans.

Likewise, the winning contractor will be judged on how well it improves resident sentiment toward tourism, which is the overarching goal of the destination management plans.

But the vast majority of measures involve destination marketing, not management.

Naalehu Anthony, a filmmaker and consultant who has worked with HTA, said the planned changes, to refashion the image of Hawaii being sent to the world, are good first steps.

“A shift in the reflection out is a win to me,” he said. “Does it go far enough? Absolutely not.”

A shortcoming of the vast majority of the RFP’s performance measures, Anthony said, is that they measure outputs, like advertising reach, instead of outcomes, like the effect the advertising has on behavior.

“If people aren’t coming, then we’re not doing our job.” — HTA’s Kalani Kaanaana

When it comes to evaluating government programs, the difference between outputs and outcomes is more than trivial, says Drummond Kahn, a former director of auditing services for Portland, Oregon, who now teaches government auditing at the University of Oregon.

Kahn declined to speak about the HTA program specifically but said generally outputs are simply activities done by an agency or contractor and are weak measures of success. By contrast, outcomes measure the effects the activities produce to see whether a program is accomplishing its goals.

“In the end, managers can compare their outcomes to their policy goals to determine whether they achieved their goals,” said Kahn, who has also worked as an auditor for the U.S. Government Accountability Office.

Some “key performance indicators” call for certain outcomes, like increasing visitor spending, improving Hawaii’s perception as a unique destination and raising Hawaii’s ratings among tourists for “value” and “unique experiences.”

The request for proposals lists 11 such outcome-based measures. “In addition,” the document says, “the HTA may fund a study to measure the incremental trips generated, incremental spending generated, and the taxes generated on spending as a result of major campaign(s).”

Still, about 50 additional performance measures simply call for counting things like the number of press releases issued, trade shows attended and total Facebook impressions. These have nothing to do with measuring whether the campaign attracted more respectful tourists, or any tourists at all.

There’s no clear link between the measures and items called for in the destination management plans.

Edwin Young, a former Honolulu city auditor who also has worked for the GAO, said using such metrics to measure the effectiveness of a destination management program reminded him of performance measures he would see the U.S. military use when he audited the Air Force and Navy.

“It sounds like they’re falling back to the same gobbledygook the Department of Defense would use,” he said.

Young said this is not surprising to him because for years, HTA was funded with hotel tax revenue placed into a special fund and was essentially not held accountable by the Legislature as other agencies are. Only this year did HTA have to go to the Legislature and justify its budget.

Kaanaana defended HTA’s performance metrics by pointing out that all of the outcome-based measures are included in the body of the RFP, while the 50 or so others are in attachments.

As for implementing the destination management plans, Kaanaana said HTA employees are working on that directly and, where necessary, with state and local government officials. Asked if the contractor would be told to create advertising simply telling visitors to stay away from certain overcrowded tourist hot spots, Kaanaana said the ads will not be that specific.

“We would just batter people with a laundry list of do’s and don’ts and that’s ineffective,” he said “We thought it was better to inspire them.”

In the end, he said, it’s a matter of attracting new tourists while mitigating the negative side effects.

“That’s sort of the $13 billion question: How to we strike the balance between visitor arrivals and expenditures, and their impacts,” he said. “We know we have to try to find that balance.”

Sign up for our FREE morning newsletter and face each day more informed.

Management of Diabetes During Ramadan

Fri Apr 22 , 2022
It is imperative for health care professionals, especially pharmacists, to be well-informed regarding the physiological impact of Ramadan on diabetes. Background Ramadan is the ninth month in the Islamic calendar and spans over 29 or 30 days depending on the sighting of the moon. Fasting in Ramadan is obligatory for […] 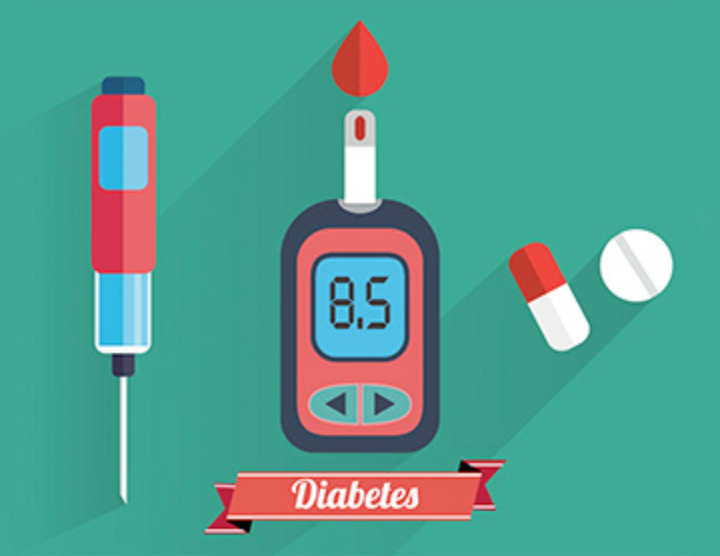