If you’re heading to Coachella next month, you’ll likely see billboards for Jaja Tequila, the spirits brand from the viral Instagram meme account turned marketing agency FuckJerry, on the way. Showing up with out-of-home ads around the “cultural moments where our demographic is going” is part of the brand’s strategy to boost brand awareness, according to co-founder Maurice Tebele.

The brand is looking to boost brand awareness with billboards and events marketing as well as testing working with influencers on TikTok as it continues to scale advertising beyond its own social channels. Since its founding in 2018, the brand has been able to leverage its in-house meme accounts like @FuckJerry (16.5 million Instagram followers) and @DudeWithSign (8 million Instagram followers).

There Jaja Tequila is able to run with ideas from its in-house marketing team to see if its fans are responding to its marketing ideas. Should there be enough likes, messages or comments about an idea, the team can then make it come to life.

“Because of the social platforms, because of the channels we have, we’re able to create something, test it out and if there’s a good reaction then we create it in real life,” said Tebele. “One example is the ice cream truck that [my brother Elliot aka FuckJerry] posted. He posted a Jaja [Tequila] ice cream truck. It got millions of impressions. We got hundreds of DMs asking to rent it. It didn’t exist but we saw a demand for it. So we got an ice cream truck, wrapped it and put it out quickly.”

Currently, events marketing for bartenders and other alcohol vendors accounts for roughly 30% of the brand’s ad budget, according to co-founder Martin Hoffstein, who added that approximately 40% of the ad budget goes to out-of-home and paid digital. The company has also tested influencer marketing but focuses on gifting rather than paid partnerships. As for its in-house accounts, the brand doesn’t have to pay for ads on those channels unless it is paying for the talent to go on trips.

It’s unclear how much the company dedicates to advertising as Jaja Tequila declined to share ad budget figures but Hoffstein and Tebele said that the company often tests ideas on its own social channels before making them come to life. The followers of those social accounts are mostly of age as roughly 90% of FuckJerry’s followers, for example, are over 21, according to the company.

“Everything we create from a marketing perspective is about creating that first impression and then that’s shared and shared and shared and there’s a conversation around everything that we do,” said Hoffstein, adding that trying to use a similar sense of humor sensibility to the in-house meme accounts is part of the overall brand strategy. “A lot of the stuff we’ve done is pretty reactive. We come up with a billboard idea and work backwards. We have the idea: Where does it make the most sense to deploy it? Then we deploy it quickly and put it out there.”

Some of those ideas are meta in nature, with billboards talking about marketing budgets and the mechanics of advertising to poke fun at advertising the brand.

As long as the company is careful not to over-use its in-house accounts and avoid making “every other post about the alcohol,” then using its meme account makes sense to Brown. “Nothing wrong with a little bit of marketing mixed in with funny/entertaining content.”

Going forward, Jaja Tequila plans to continue to broaden its marketing efforts beyond its social channels, billboards and events to showcase more lifestyle content aside from its meme ads to continue to boost brand awareness.

“We wanted to connect to this younger consumer,” said Tebele. “They’re new to drinking, new to tequila. We want to focus on the moment of drinking and enjoying it, expand and showcase people from different walks of life enjoying, not just one age or demo.”

‘If there’s a good reaction then we create it’: Inside Jaja Tequila’s ‘reactive’ approach to advertising as the brand aims to boost brand awareness

‘If there’s a good reaction then we create it’: Inside Jaja Tequila’s ‘reactive’ approach to advertising as the brand aims to boost brand awareness

Heineken fears Russia will take over business as it leaves country

Sun Apr 3 , 2022
Heineken expressed concern Monday that the Kremlin could attempt to seize its local operations as it looks to exit Russia following the invasion of Ukraine. The Dutch beer giant plans to sell off its Russia business after a strategic review concluded it was “no longer sustainable nor viable in the […] 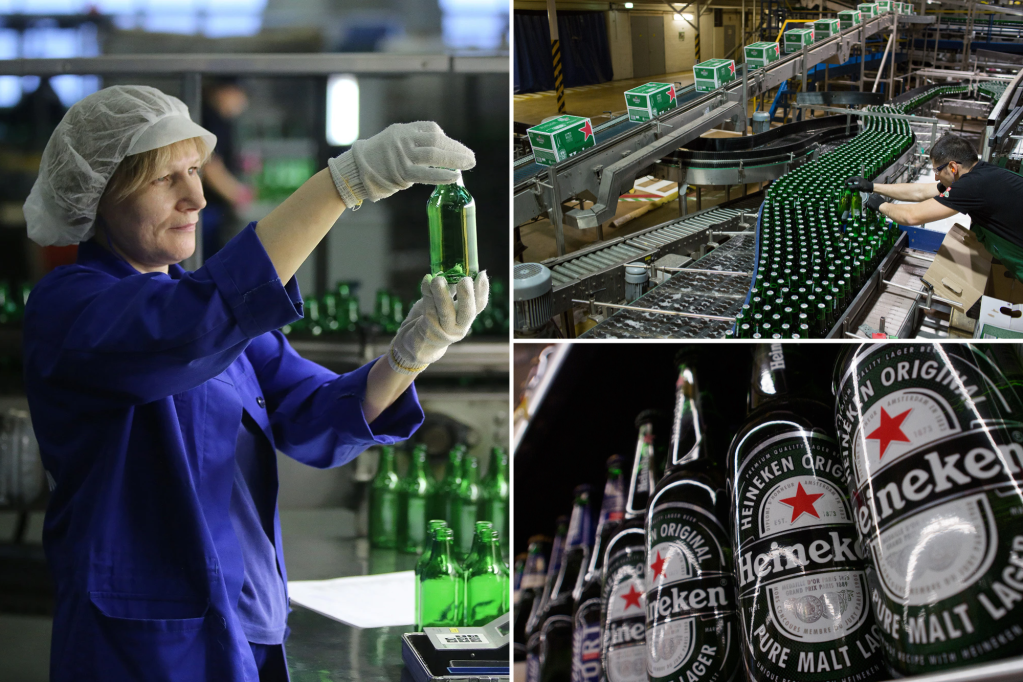