Several years ago, my spouse and I turned to concierge medicine. We no longer wanted to deal with a US health care system that often provides basically anonymous, production line diagnosis and treatment during hurried, 15-minute consultations with harried providers. We needed an advocate in case of a serious health problem.

In a sense, we needed inclusion and “voice” just as much as the employees Amy Edmondson wrote about in her book, The Fearless Organization. We needed access to the medical system and to be heard. We needed a medical sponsor and advocate.

Is the same true for employees today, many of whom are performing their work remotely, outside the traditional office setting?

We’ve previously discussed here the need for greater “voice” among “officed” employees as part of the effort to foster inclusion. The problem is exacerbated by remote work. According to several research studies, one of the greatest concerns of those working significant amounts of time remotely is the “out of sight, out of mind” syndrome, especially when it comes to promotions and pay increases. Although the research has yet to be done, it is undoubtedly one of the factors contributing to the so-called Great Resignation (or “Big Quit”) that has gained publicity recently.

Quitting in the United States is a major business expense. Applying generally accepted rules of thumb for the annual cost of quitting to US businesses, one easily comes up with an annual cost in excess of $1 trillion. It’s a figure deserving the attention that remote work seems to be stimulating.

The Big Quit is really not new. While significantly more employees are currently quitting their jobs than even a year ago (roughly 30 percent more in relation to the size of the workforce), US workers have always been highly mobile, with more than 40 million leaving their jobs voluntarily in recent years. That’s roughly twice as many as are fired or leave involuntarily.

It’s testimony to a US economy that produces a remarkable number of job opportunities and provides higher job mobility than other economies. It’s also testimony to a darker phenomenon. A recent study reported in MIT Sloan Management Review concludes that from April through September, the main reason for quitting in the US (10 times more important than compensation) was a “toxic work environment,” primarily “failure to promote diversity, equity, and inclusion.”

It was also found that quit rates varied among and within industries. For example, JetBlue’s quit rate was twice as high as Southwest Airlines’. Another important influence was “poor response to COVID-19.” It leads to a conclusion that the most important influence in the “big quit” is management.

Anecdotal evidence is coming in about remote workers who join and leave organizations without having any physical contact with a colleague. Needed relationships are not developed. When someone quits, there are no going away “drinks after work.” Hardly anyone cares enough to email “goodbyes.” As one remote worker put it, “The screen (on your computer) goes blank.” The Zoom account is closed and the company wants its computer sent back.

For hiring (perhaps the next day), the process is reversed, only with a different company computer and Zoom account. Given the vast army of quits each year in the US, you have to ask yourself whether a version of this occurs for many junior employees in organizations working primarily out of offices.

Is concierge management, for want of a better term, one answer to this phenomenon? Remote work has, in some organizations, stimulated efforts to ensure that frontline workers (remote or not) have at least one sponsor and advocate. Formal training may or may not be an objective. The primary role of a sponsor is to provide “voice,” a sense of inclusion, and the feeling that someone is on the side of the person being sponsored. Is this something that the best managers are doing now? Do senior managers have enough responsibilities without adding to them?

Is concierge management an answer to the “Big Quit”? What do you think?

Editor’s Note: Heskett speculates on the influence of culture on post-pandemic employee engagement and organization performance in his book Win From Within: Build Organizational Culture for Competitive Advantage.

Your feedback to last month’s column:

Firing McDonald’s Easterbrook: What Could the Board Have Done Differently?

Responses to last month’s column covered a wide range. Some agreed with firing of Easterbook for cause while others advocated for some kind of lower-key negotiated settlement.

Ahmed Bougnine favored firing with cause, adding that “the damage (from his admitted misbehavior) could be much deeper on the invisible structure. It needs to be addressed with strength, efficiency, and clarity.” Rick Garlipp agreed, but suggested that “the first step would be addressing how investigations are conducted, as the initial investigation (on behalf of the board) clearly did not find all the appropriate information. The decision was made with incomplete data.”

Michael Toebe, on the other hand, would negotiate a settlement with Easterbrook. As he put it, “The board would … not … reward Easterbrook with a full severance package due to the evidence and very real tangible and PR harm and likely civil suits to endure… Of course, the relationship could not continue.”

3 Trends That Will Dominate Cosmetic Packaging In 2022

Fri Feb 4 , 2022
It’s the time of year marketers start looking ahead to new product launches and brand makeovers on the horizon. With this in mind, it’s also an ideal time to take a look at some of the packaging design trends gaining traction right now moving into 2022.   One thing that seems […] 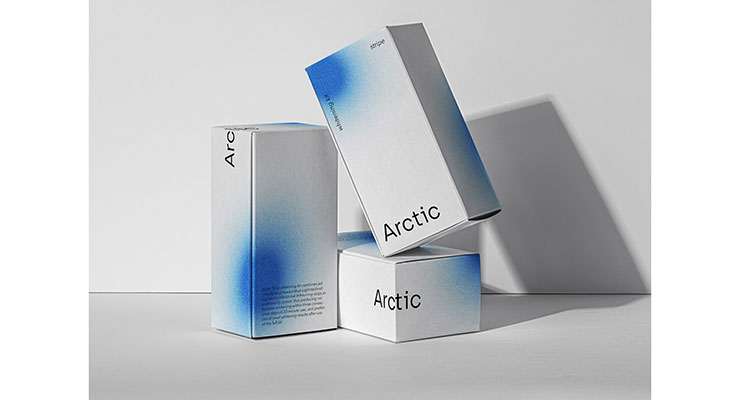