Hotel guests in Colorado will no longer see 100% of the funds they pay into county lodging taxes used for marketing efforts telling them to return, thanks to a bill signed into law Thursday in Edwards.

Those marketing efforts aren’t as necessary if the tourism industry is facing larger problems servicing the guests who are already here, said Gov. Jared Polis, in a speech explaining why he feels the new bill is important.

“If the tourism community, and the industry, needs housing, because they need workers to be able to power the tourism industry, that should be an allowable use of funds too,” Polis said.

Polis credited Rep. Dylan Roberts, a Democrat who lives in Avon, for his work on the bill, saying Eagle County, where Roberts lives, is an example of a place where lodging tax funds would be better spent on housing than marketing.

“That’s exactly the situation we have in Eagle County,” said Polis, who has a scheduled stop Friday afternoon atop Aspen Mountain to talk about his climate initiatives near the Melting Gondola installation. “Our recreation economy, our tourism economy, depends on housing.”

The new bill says 90% of the lodging tax funds can be used outside of tourism marketing, allowing counties to make capital expenditures out of their lodging tax coffers for housing and child care, or for facilitating and enhancing visitor experiences, which includes trail maintenance.

A plus for public housing

In an effort to visit the types of projects that could benefit from the bill, Polis toured Miller Ranch in Edwards and the town-owned property in Vail known as the Residences at Main Vail, which is being converted from a preschool to a mix of 72 one- and two-bedroom apartments.

“Communities are healthiest when people who work in communities are also able to live in communities,” Polis said. “It also reduces traffic, takes cars off our roads, leads to cleaner air, and if people can live close to where they work, it also improves employee morale and retention.”

But that doesn’t mean downvalley housing isn’t important, as well. Polis said in the complicated layout of Eagle County, where numerous towns comprise a single workforce, the answer has to be yes to many of the questions on housing.

“It’s yes to transit-oriented development downvalley,“ he said. ”And it’s yes to additional apartments where we can (house) an increasingly year-round workforce close to the town, as well.“

Roberts said in examining the history of Colorado counties’ ability to lobby lodging taxes, it may have made more sense in the 1980s to stipulate that those lodging taxes be used strictly for the purposes of advertising and marketing local tourism.

“That was back in a time when Colorado wasn’t as much of a tourism hotspot as it is today, and I think it was seen as a way to try to promote Colorado, and generating resources to do that,” Roberts said. “But now, we live in a totally different world here in our mountain communities, where people are coming here in droves regardless of what sort of marketing is done elsewhere, and we’re feeling the consequences of it, with our housing crisis, with the cost of living being so high for people who want to live and work here.”

As Roberts was presenting the bill to the state legislature in January, crowded ski areas were receiving media attention across the country, with pictures of long lift lines and crowded roads and parking lots being shared in traditional and social media.

“It was pretty serendipitous timing,” Roberts said. “There was a lot of press across the state and the country about some of the impacts of sky-high visitors at any Vail resort across the country.”

Roberts said he referenced those current events in his presentation of the bill.

“At first, the hotel lobbying association and the statewide tourism groups were hesitant about this bill,” Roberts said. “But I was able to point to the fact that this was happening right now as we’re sitting here, my community and other communities across the state are grappling with the significant impacts of increased visitation in our communities.”

Roberts said in addition to receiving support from the tourism industry, the bill received bipartisan support in the legislature.

“We made compromises and got the bill to a place where nobody was opposed to this,” Roberts said. “This was a bipartisan bill from the very start.”

“(Local county commissioners) don’t see it as a useful thing to ask voters for,” Roberts said.

With the signing of HB22-1117 on Thursday, “Now they can go to their voters and ask for a lodging tax to generate funding for housing.”

Roberts said in that idea comes some hope when it comes to the housing crisis resort communities are facing.

“We have a lot of one-time funds for housing, or we do one project, but this could be year after year funding for housing and workforce development,” he said.

— Nate Peterson contributed to this report

Mon Apr 4 , 2022
The Business Essentials subscription service that Apple announced and introduced in a limited beta late last year is now available for any small business. This is Apple’s vertical integration of device management and cloud storage under the Business Manager platform that companies already use to buy and manage their Apple […] 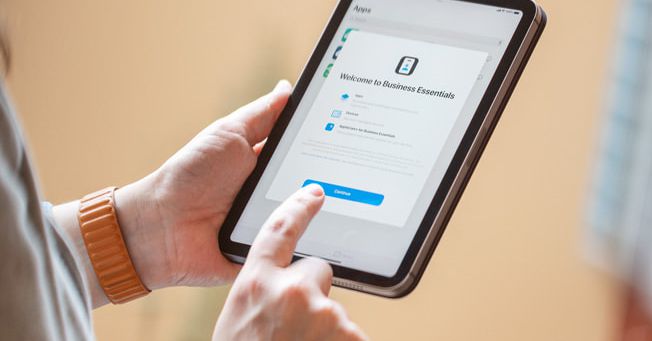