CI Financial, the Canadian-based asset management firm that has been aggressively buying registered investment advisors in the United States, said Thursday it will sell up to 20% of its U.S. wealth management business via an initial public offering, using the proceeds to pay down the debt that helped fueled the spending binge.

But observers close to the RIA mergers and acquisitions space say spinning off the U.S. wealth business is a bold move that will speak volumes about the health of the market, and put to the test CI Financial’s rapid-growth strategy. Going forward, CI Financial will have to be more transparent about its acquisitions and, given the equity performance of other publicly traded wealth management firms in the U.S., may not get the valuation executives there expect, which could have consequences for the industry overall.

Related: Does RIA Consolidation Work? Show Me the Money

“CI believes that the growth and success of its U.S. wealth management business is not accurately reflected in the current share price of CI Financial,” said CI Financial CEO Kurt MacAlpine, in an email interview with WealthManagement.com. “As the fastest growing U.S. Wealth Management platform, having started with no assets at the start of 2020, to becoming a national, leading RIA network with $133 billion in assets in two years, CI believes its U.S. wealth management business will be an attractive stand-alone public company.”

One source close to the RIA M&A space, who declined to be named, said the move made some sense given that CI Financial’s stock, which trades on both Canadian and U.S. exchanges, has been under pressure over the last several years, with analysts flagging the firm’s rising levels of debt.

But the strategy only works if they can get that higher multiple on the U.S. wealth business, this executive said.

In the private markets, where firms like Mercer or Wealth Enhancement Group are active buyers, RIAs are valued at roughly 30 times earnings, this executive said. That’s the space where CI Financial has been aggressively making deals, buying over 30 firms since entering the U.S. market in January of 2020.

Yet publicly traded Focus Financial, also an aggressive buyer, trades at 9.5 times EBITDA, according to a March Deutsche Bank report. SilverCrest trades at around 13 times earnings, this executive said.

“They’re going to have to start to convince the market that there is a plan to integrate all of these very radically independent businesses into a single … CI Private Wealth,” he said. Many of the firms CI has acquired are not bound to take the CI Financial name.

Matthew Crow, president of Mercer Capital, a business valuation and financial advisory services firm, said CI’s move was puzzling to him because it already has access to the public markets.

“They already have what they’re going after,” said Crow, who recently wrote a LinkedIn piece on how the performance of publicly traded consolidators, like Focus Financial, Silvercrest and CI Financial, has been “lackluster” despite rising equity markets.

“(CI Financial) is public on an exchange that’s very close to the United States. It’s well-known that about half of their business is the U.S. wealth management business. They’ve already gotten lots of attention and notoriety and their stock is reasonably liquid,” he said, adding it’s unclear why the U.S. market would then trade at a different valuation. “I do think you’re adding something of a layer of expense to the corporate entity that may not accomplish anything.”

Using equity to pay down debt in a period of rising interest rates could also have unintended consequences, said Crow.

“Debt capital is usually thought of as being cheaper than equity capital, net-net, so the only reason you would issue equity to replace debt typically is if you think that either you can’t repay the debt or you’re worried that the debt costs are going to rise significantly,” as they may with rising interest rates, he said.

If consolidators believe their balance sheets are getting overextended, they may pull back from the M&A market, which could bring valuations down across the board, Crow said.

“Strong pricing in the private market is being created by people like CI Financial who right now is looking for cash. It’s a little bit of a closed system, and this probably tells us a lot of things about the direction of industry.”

Another source close to the M&A space, who also declined to be named, agreed that the lower valuation of wealth management firms in public markets raised more questions about CI Financial’s strategy.

“(An IPO) doesn’t make any sense to me, because if you’re now going to go public, why do you think you’re going to get valued any more than what Focus is valued at,” he said. “I can’t imagine what they’re thinking given that Focus trades below the prices that CI has been paying in the market.”

He says CI’s strategy has always been a bit confusing as MacAlpine has been quick to say CI Financial is not building an “aggregator” model; the firm is not forcing these RIAs to change immediately.

“There are a lot of people in the industry who are watching this whole situation and saying, ‘What’s the end game here?’” the executive said. “Are they really adding any value if all they’re doing is buying at top dollar and the pitch is just ‘We’ll leave you alone’? How do you get any synergy? How do you get any scale if you’re buying firms and just leaving them alone?”

The source said there’s this notion out there that public companies benefit from “permanent capital,” whereas firms funded by private equity are at the whim of fund managers with their own investors and monetization timelines to consider.

But in truth, public companies that stumble are also vulnerable, he said. Manning & Napier, a publicly traded investment management firm, was recently taken private via a sale to investment manager Callodine.

“If CI’s stock doesn’t perform, now they’re vulnerable to someone coming in from the outside and saying, ‘We’re going to pay for it, and there’s a new sheriff in town and we’re going to take it in a different direction.’”

Jim Dickson, CEO and founder of Sanctuary Wealth, says the move will produce some uncomfortable moments for CI Financial executives, as they have to answer to equity analysts, and there will be a lot of scrutiny about the transactions they’ve done and will do going forward.

Nonetheless, he thinks the positives outweigh the negatives.

It’s proof that the RIA business has multiple exits for earlier investors and firm principals, he said. The public markets, he added, are a great way to get liquidity to some of those RIA firms the company bought.

“I think the one thing that a lot of people are saying privately is, ‘What’s the number that a national RIA can go public? Is it $100 billion in assets and $100 million in revenue?’”

Many industry participants are trying to figure this out, he said. At what point does an RIA truly scale to become a sustainable company in the full light of the public markets?

Wed Apr 13 , 2022
Creative Director of ArtVersion, a Chicago design consultancy. We craft ideal user experiences for the world’s most innovative companies. getty Branding in such a saturated, ever-evolving market has become a form of choreography. Propelling a brand’s identity and mission to a new audience, or navigating trends to re-engage an established […] 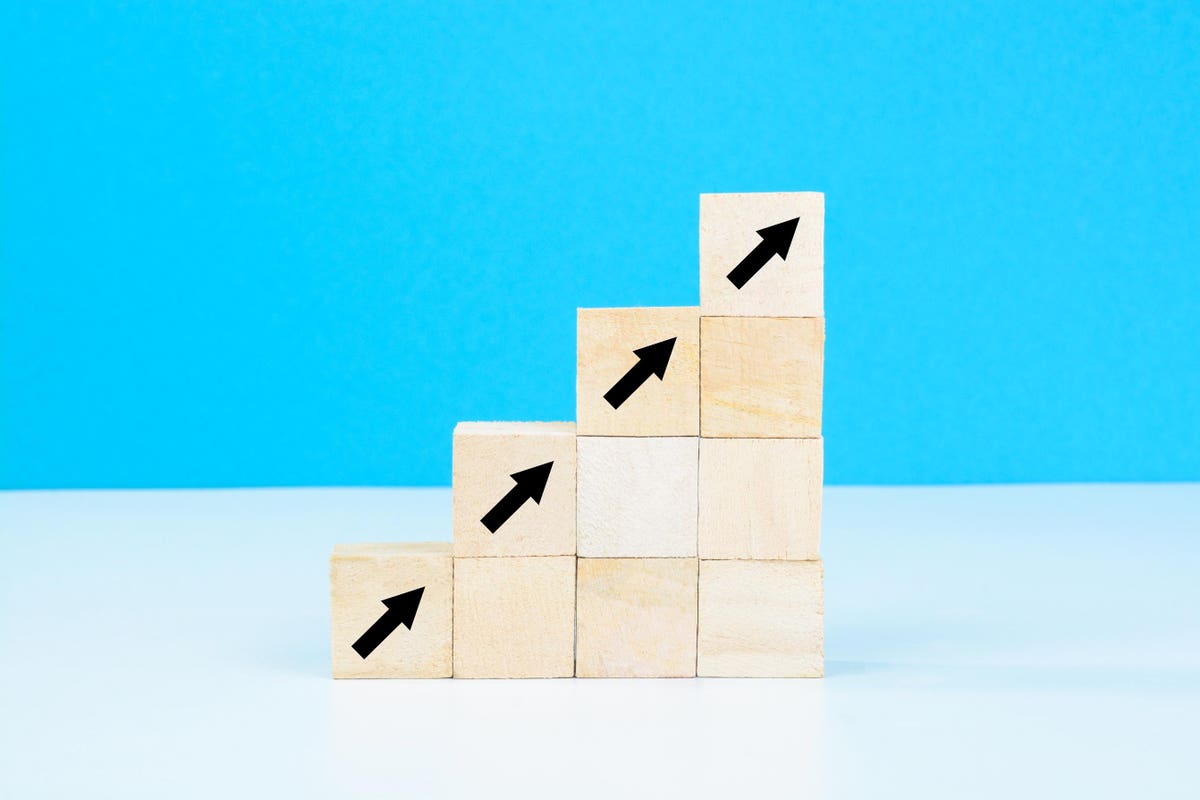