(Illustration by The Real Deal)

The city may be entering its third year under the looming shadow of Covid, but investment sales have snapped back to pre-pandemic levels.

Manhattan recorded 100 investment transactions totaling just over $6.2 billion in the fourth quarter of 2021, according to a report by Avison Young, the highest dollar volume and most deals recorded in a single quarter since 2018.

Investment sales ended the year on an upswing, with the fourth quarter accounting for 61 percent of the year’s total dollar volume. The biggest contributor to the deal craze: multifamily.

The sector, which includes mixed-use properties, posted 46 transactions worth $1.47 billion in the fourth quarter — a 190 percent increase from the average across the previous four quarters.

“Momentum in this sector is poised to continue as we anticipate a wave of 1031 capital to hit the market in the first half of 2022 that we haven’t experienced in close to a decade,” said James Nelson, principal and head of tri-state investment sales at the brokerage.

Also known as like-kind exchanges, 1031 transactions allow owners to defer capital gains taxes on properties they sell, as long as they reinvest the proceeds into a property of equal or greater value within 180 days.

Last spring, President Joe Biden proposed limits to 1031 exchanges that would cap deferrable gains at $500,000, meaning owners exchanging property would have to pay taxes on any value the asset had accrued above that cap.

Forbes reported that like-kind exchanges did not appear in a version of the budget reconciliation bill put forth by the House Ways and Means Committee in September. Sen. Joe Manchin effectively killed that legislation last month in a standoff with the White House, meaning the limitation may be, for now, off the table.

Still, some property owners aren’t willing to wait around and see whether the proposal might be resurrected.

“My advice is to not wait to take this opportunity to upgrade that [1031 exchange eligible] property and defer any capital gains.”

Outside of the multifamily sector, Avison Young’s report indicates that retail properties also bounced back, with 16 deals for just under $530 million in the fourth quarter — more than quadrupling the average recorded over the prior four quarters.

The top transaction was Aurora Capital’s discount purchase of a retail condo at 530 Fifth Avenue. Brookfield Property Partners sold the building for $192 million, about a third less than it paid for it in 2014. The building’s tenants include footwear retailer Ugg, Five Below, Duane Reade and Chase Bank.

Despite the fourth-quarter momentum, 2021 as a whole lagged behind pre-pandemic years. Last year saw $10.3 billion in total dollar volume, less than half of the $24.25 billion that traded hands in Manhattan in 2018.

Retail Sales Fell in December, a Slowdown in a Robust Holiday Shopping Season

Sun Jan 16 , 2022
Retail sales fell 1.9 percent in December, the Commerce Department reported on Friday, reflecting a slowdown during an otherwise robust holiday shopping season that started earlier in the year for many consumers. It was the first drop after four straight months of sales increases, though the gain in November slowed […] 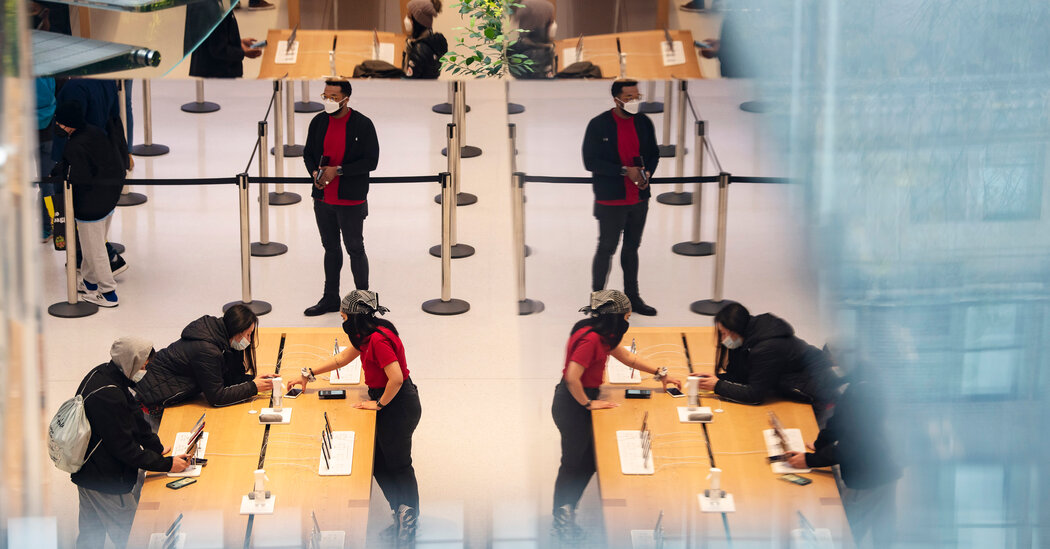