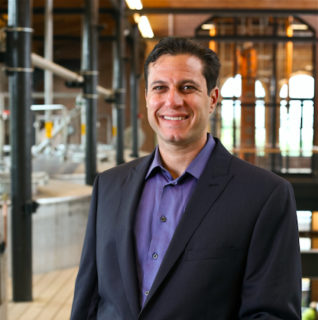 Fairfield, Conn.–NV Group USA, responsible for the launch, development, and growth of NV Group India’s premium spirits brands in the US, announces the appointment of industry veteran, Scott Franklin, to the position of Executive Vice President of Sales. In his new role, Franklin will report to NV Group USA President, Mike Ginley, and oversee an aggressive growth plan for SMOKE LAB VODKA as well as the launch of additional premium spirits brands produced by NV Group India.

Ginley commented “We are thrilled to welcome Scott to the NV Group USA team. He is the definition of a leader and team builder. Scott brings tremendous enthusiasm and a wealth of skills and experience to the table that will be instrumental in helping us achieve our aggressive distribution and sales goals over the next five years and beyond.”

Before joining NV Group USA in September 2021, Scott held a number of senior sales leadership positions including Regional Sales Director for Angel’s Envy Bourbon in Louisville, KY (2014-2021) and Pisco Porton in Houston, TX (2011-2014). Prior to that, Scott worked as a Sales & Program Director for Next Level Marketing in Westport, CT (2006-2011). Throughout his career, Scott has built a strong reputation as a passionate leader and brand builder who consistently delivers results that exceed expectation.

“I am thrilled to be part of this energetic and motivated team at this very exciting time,” Franklin added, “In 2022 and beyond, our mission is to aggressively expand our distribution and sales footprint of SMOKE LAB VODKA and introduce an exciting range of NV Group spirits brands from India to consumers throughout the US. I am confident the team we have and continue to build is primed and ready to make it happen in a big way!”

SMOKE LAB, established in 2020 by Varun Jain and headquartered in New Delhi, India, is where the eccentric and innovative minds come together to create the premium experience of SMOKE. SMOKE LAB includes products of the SMOKE brand namely, the SMOKE Vodka, SMOKE Wear, SMOKE Water and SMOKE Sanitizer. SMOKE LAB is owned by the NV Group.

Established in 1994, NV Group has grown to become one of the largest grain spirits distillers in India with an impressive range of brands in its portfolio. NV connotes world class quality. NV Group is a force to be reckoned with, presenting the finest blends in several categories including vodka, gin, rum, whiskey and RTDs.

Sun Apr 10 , 2022
Deloitte has quietly built an ad business that rivals WPP and Accenture as consulting firms push further into marketing. Deloitte Digital is the company’s fastest-growing business with $16 billion in 2021 revenue, said a source. Deloitte has recently snapped up several ad agencies and is eyeing more deals. Deloitte is […]