The digital campaign will be active from April 4 through May 29, delivering an estimated 5 million impressions at no cost to New York City taxpayers, Adams said during a press conference at City Hall Monday morning.

“Space is donated. Billboards are donated. Advertisements are donated,” Adams said. “Outside people who live in this city who understand that we cannot treat people unfairly are standing up the way New Yorkers do.”

The campaign — designed in partnership with VMLY&R, GroupM, BCW and H+K Strategies, all companies owned by advertising firm WPP — will run across digital billboards and social media in five Florida markets, including Fort Lauderdale, Jacksonville, Orlando, Tampa and West Palm Beach, according to the mayor’s office.

“We are going to loudly show our support and say to those who are living in Florida that we want you here in New York. We want you right here in New York City,” Adams said. “This is also us standing up for and aligning ourselves with the men and women of the LGBTQ+ community.”

“If anyone is so opposed to @GovRonDeSantis defending parental rights that they leave for a crime-ridden dystopia, Florida will be better off without them,” Pushaw tweeted. “Countless NYers have moved here since the pandemic. I doubt many will leave due to our lack of K-3 gender theory instruction.”

If anyone is so opposed to @GovRonDeSantis defending parental rights that they leave for a crime-ridden dystopia, Florida will be better off without them. Countless NYers have moved here since the pandemic. I doubt many will leave due to our lack of K-3 gender theory instruction. pic.twitter.com/TUBGQ7O7QO

DeSantis signed the Parental Rights in Education bill into law on March 28. It prohibits instruction on sexual orientation and gender identity in kindergarten through third grade and has been denounced by various politicians, activists and celebrities.

Adams himself faced backlash from the LGBTQ community after he hired Fernando Cabrera and Gilford Monrose to his Office on Faith-Based and Community Partnerships, and Erick Salgado to his Office on Immigrant Affairs. All three have expressed anti-LGBTQ views in the past.

The mayor touched upon that controversy at Monday’s press conference.

“This is not a community that is going to be silenced. If they see something they don’t like, they are going to let you know,” Adams said.

“They voiced their concerns about the hires that we made, and we are going to continue to move forward.”

Sun Apr 10 , 2022
Fairfield, Conn.–NV Group USA, responsible for the launch, development, and growth of NV Group India’s premium spirits brands in the US, announces the appointment of industry veteran, Scott Franklin, to the position of Executive Vice President of Sales. In his new role, Franklin will report to NV Group USA President, […] 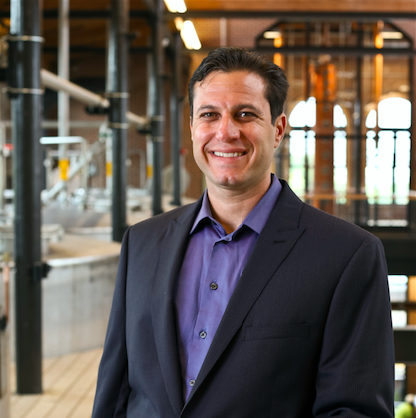