ROCHESTER – Minnesota lawmakers will be asked to allow Rochester residents to vote on whether to extend the city’s 0.5% sales tax.

“This is the start of our conversation with the Legislature,” Rochester Deputy City Administrator Aaron Parrish said of the request that was approved in a 6-1 Rochester City Council vote Monday.

Council approval was needed to submit the request to the Minnesota legislature before Monday’s midnight deadline, and Parrish said future discussions will be had with lawmakers as specific legislation is written.

As a result, Parrish said the proposed spending for up to $205 million in taxes to be collected over approximately 16 years hasn’t been fully defined.

Zelms said the legislative request intentionally includes flexibility to allow the city a chance to gather community feedback regarding projects and better identify spending plans before a November citywide vote on the tax extension, if it’s supported at the state level.
“We’re trying not to overcommit to any one thing,” she said.

Council member Molly Dennis voiced support for the housing, street and flood-control projects but cited concerns about the new complex.

“A lot of people have reached out to say we don’t need anymore sports facilities,” she said, adding that the priority should be a community center to provide a way to connect people.

Parrish said the goal is to “cast a pretty broad net” with the state request and allow future community conversations to determine how the proposed facility would be used, since it will largely be programmed by community partners.

Council President Brooke Carlson said she also had some initial concerns about the sports focus but pointed to needs for aquatics and other programs, especially after the local YMCA facility closed and the city is looking to close an outdoor pool.

“I think this blended concept is really powerful,” she said, pointing to the ability to eventually create what best meets future city needs.

Mayor Kim Norton said the request submitted Monday is unlikely to be the final say.

The former state representative said changes are likely to emerge as the city’s request is reviewed by lawmakers and final legislation is put to a vote.

If approved at the state level, the city will continue to define plans for spending before a citywide vote regarding the tax extension.

Unlike past votes, this year’s vote will include a question on each of the four items in the request, meaning one or more could fail in November, with the tax extended to cover a portion of the projects.

If the extension isn’t approved, the city could consider another effort in time for a 2024 vote, which would still allow the tax to continue without a gap.

Tue Feb 1 , 2022
Winter is moving by quickly. When sub-zero weather keeps you indoors and busy with “winter projects,” the gnawing feeling that spring is soon to be upon us grows a little each day. The need to stay on schedule in moving grain from storage to buyer becomes more important, as well. […] 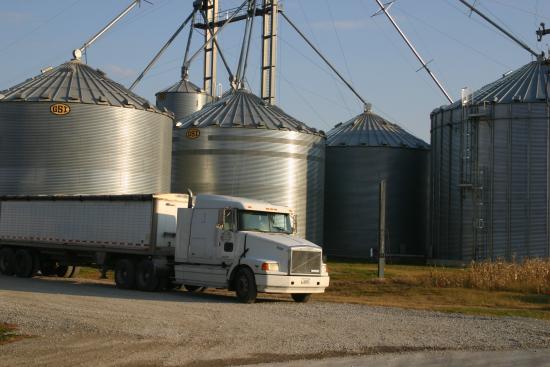