ORLANDO — On the freshly painted white walls of Mannie and Jamie Carmona’s downtown spa here, there’s a plastic case filled with empty Botox vials and syringes. A label on the case reads, “In case of emergency, break glass.”

The cheeky decoration has taken on a bit of extra meaning lately, as the spa is experiencing the best kind of emergency: The pandemic has waned, the masks have come off, the Zoom cameras have stayed on, and business is exploding.

The Luxe Med Spa client list has rocketed from 120 in 2020 to more than 800 now. Jamie left a 17-year career as an ER nurse. Mannie, who was a vegan restaurant cook before the pandemic, quit his other job as well.

“It’s all because of the pandemic,” said Mannie, 33, seated on his outdoor office balcony. “It’s created this want — people just want to feel better about themselves.”

As many elements of in-person life resume, there are a number of small businesses poised to capitalize on the flood of customers looking to engage in restorative and celebratory behavior. Businesses like the Carmonas’ sit at the forefront, thriving off an eagerness to focus on appearances after up to two years in seclusion.

Mannie recalled a client who visited months into the pandemic and said her Botox treatment was the first time she had even set foot outside the house since the shutdown.

“So many people did what they needed to do to get through this pandemic,” said Glenn MacDonald, an economics professor at Washington University at St. Louis. “That’s really fueled this self-care thing. A lot of people are saying, ‘I’ve gotta do a lot of things to take care of myself, improve my diet, and not be so isolated.’ It’s played into an already existing trend of wellness.”

The pandemic was catastrophic in so many ways, and especially for small businesses. According to the U.S. Small Business Administration, the sector lost 9.1 million jobs in the first two quarters of 2020. It was difficult to retain employees for safety reasons, and that gave way to the challenge of hiring staff in a labor shortage.

But in 2021, there were 5.4 million applications to start companies, according to data supplied by the U.S. Chamber of Commerce — a record amount, and a 53 percent jump from 2019. For some entrepreneurs, the chances they took are beginning to pay off. And for small businesses like the Carmonas’ that benefit from the return of in-person interactions, the conditions have allowed them to soar past their pre-pandemic levels.

“There’s an incredible pent-up demand to get out and be near people,” MacDonald said. “We were really wondering how that was going to go. Were we afraid of people now? It seems like the opposite.”

Not far from the Carmonas’ spa, Destiny Fulbright ditched her pre-pandemic bartending job to do lashes full-time. These days, her clients are so happy to see her and talk to her that she’s considered getting a T-shirt that says “Lash Therapist.”

“I had a lot of women who wanted to do something for themselves,” Fulbright said. “They come in and say, ‘I haven’t done anything in a year.’ ”

Business has grown so much that Fulbright now sells lash supplies to other artists. A local shortage turned into an idea, which turned into supplemental income.

The Carmonas’ business followed a similar arc. At first, their tiny start-up featured just Jamie as the injector and Mannie as everything else — “the receptionist, the trash-taker-outer, the cash-out guy,” he said. During the pandemic, a couple of clients a week felt like a triumph. When society opened up, so did the floodgates.

“It was like 10 clients every single day, every time we were open,” Mannie said.

He fondly remembers the emotional rush when a customer rang up a bill of $3,800 last spring for a “full face rejuvenation.” Now, in the post-pandemic world, that’s a slow day of income. The couple recently moved their business to a four-room, second-floor loft. They had to upgrade from a file cabinet for client information to electronic software management. There’s now a staff of 10 employees.

“We started asking clients, ‘Why now?’ ” Mannie said. “They said the same thing: ‘I see myself now on the camera in my meeting and I don’t like how I look. I want to look refreshed.’”

It didn’t all happen in a straight line. The delta wave of the coronavirus caused a lull that dropped monthly income from around $40,000 to less than $10,000. But even that turned out to be a speed bump rather than a roadblock. When delta began to ebb, the desire to come back into the salon revved right back up.

“People delayed a lot of things,” MacDonald said. “If you think of people delaying furniture, cars, vacation. When that ends, there’s an explosion. We weren’t in a business cycle at all.”

As offices stay empty, D.C. and other downtowns look for post-pandemic identity

The new normal had another engine: social media. Before the pandemic, a spa like the Carmonas’ would rely on foot traffic. Now their customer base is largely driven by Web traffic. They have a robust Instagram account and happily encourage clients to take selfies on the balcony, and spent just $3,000 on advertising in 2021, according to Mannie. He estimates only about 30 percent of his clients live downtown. One drives from Miami.

“Honestly, we’re still in the domino effect of people seeing what their friends got done here,” Mannie said.

A couple of blocks from the Carmonas’ spa, Kobina Amoo is seeing stronger business for a doughnut shop called Pattie Lou’s he opened during the pandemic. He noticed right away that customers wanted comfort as they churned through the worst days of the shutdown.

“Here’s an opportunity to brighten someone’s day even though they’ve been at home for two months,” said Amoo, who played college football at Oklahoma State.

Now the need has shifted from adjusting to remote work to adjusting to back-to-work. This month, Amoo got a call from a company moving to Orlando, asking if he can “handle big orders” for an office setting. A recent walk-in seemed stunned that he hadn’t noticed the shop before. He asked how long it had been there. “Ten months.” Amoo replied.

“How long have I been stuck at home?” the man said, almost to himself.

Is it all one big sugar rush? Possibly. MacDonald said he wonders if the post-shutdown boom will get “celebrated out of our system.” Plus, with opportunity comes competition, and there is plenty of that even in an economic environment that is being clouded by concerns over inflation and a potential recession.

“There’s med spas on every corner now,” Carmona said. “I see people trying to open up in garages.”

The Carmonas are considering expanding their services to other parts of the body. There is a seven-day wait for appointments now. They don’t quite have to break open the decorative case on the wall, but the post-pandemic “emergency” is not abating.

US and EU Data Privacy Transfer Legislation Definition of Sale 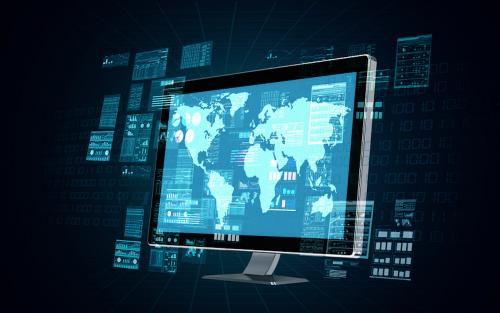