Singapore has instructed providers of cryptocurrency services not to promote or advertise their offerings to the general public. This applies to companies such as banks and payment institutions that offer such services, and will be further expanded to include the transfer of cryptocurrencies and provision of wallet services.

The Monetary Authority of Singapore (MAS) on Monday released new guidelines highlighting that Digital Payment Token (DPT), or commonly known as cryptocurrency, service providers should not promote their offerings to the local population.

This effectively means these providers cannot market or advertise their services in public areas, such as through advertisements on public transport, websites, social media, broadcast and print media, and the provision of physical ATMs (automated teller machines). Promotional banners or pop-up ads, for example, on social media platforms should not be used to promote DPT services.

The engagement of third parties including social media influencers to promote cryptocurrency services to the Singapore public also are not permitted.

DPT service providers can only market or advertise on their own corporate websites, mobile apps, or official social media accounts, according to MAS.

The regulator said it had “consistently warned” that cryptocurrency trading involved high risks and was not suitable for the general public, as the prices of DPTs were subject to “sharp speculative swings”.

It noted that some cryptocurrency service providers had been actively promoting their services through online and physical advertisements or through the provision of physical ATMs located in public areas. The convenient access to ATMs might mislead the public to trade in DPTs “on impulse”, without fully understanding or considering the risks, MAS said.

Its assistant managing director of policy, payments, and financial crime, Loo Siew Yee, said: “MAS strongly encourages the development of blockchain technology and innovative application of crypto tokens in value-adding use cases. But the trading of cryptocurrencies is highly risky and not suitable for the general public. DPT service providers, therefore, should not portray the trading of DPTs in a manner that trivialises the high risks of trading in DPTs or engage in marketing activities that target the general public.”

Noting that the cryptocurrency services sector was rapidly evolving, MAS said it would continue to review the provision of DPT services to the public and might update its guidelines “as necessary”.

There currently are several ATMs across Singapore from which cryptocurrencies, including Bitcoin, can be bought and sold. Companies operating these machines include Daenerys & Co. and Bitcoin Exchange.

A study last August found that 67% of personal investors in Singapore expanded their cryptocurrency portfolio, with 78% revealing they owned Ethereum. Some 69% had Bitcoin and 40% carried Cardano, according to the survey, which was conducted by cryptocurrency platform Gemini, financial platform Seedly, and cryptocurrency price-monitoring site CoinMarketCap.

Sat Jan 22 , 2022
Walt Disney Co. DIS -6.94% said it is shaking up its streaming management and forming a new hub for international content creation as the company searches for further growth amid intense competition. The company on Wednesday named Michael Paull to the newly created role of president of Disney Streaming, in […] 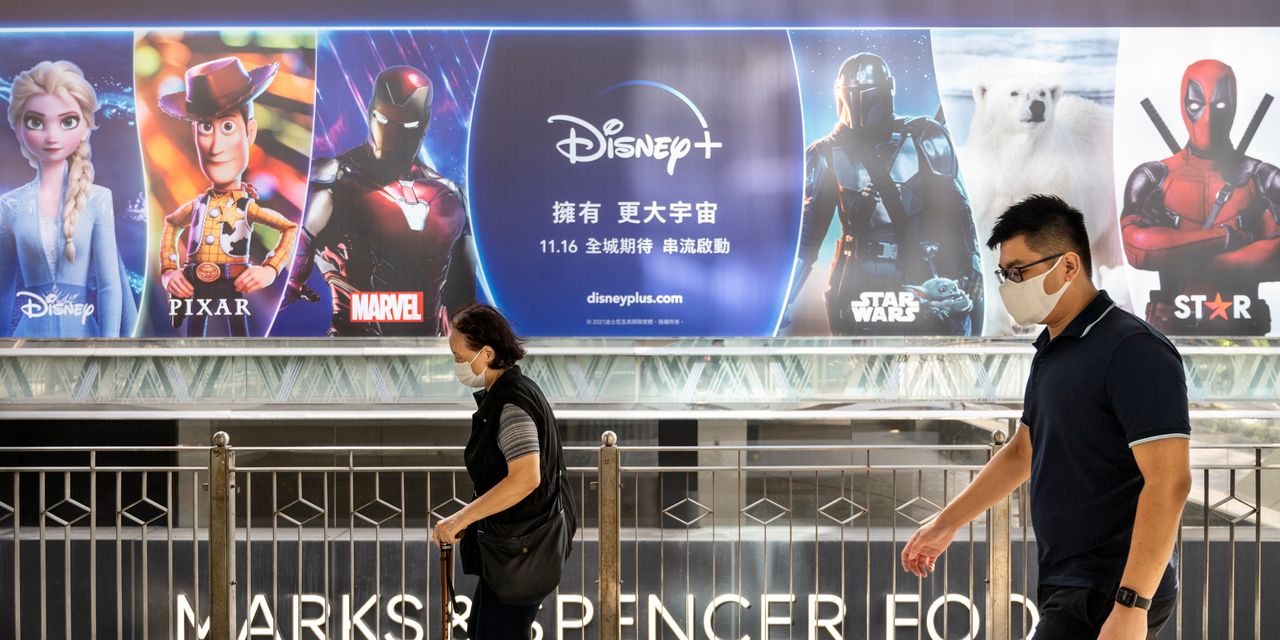