The lawsuit and judgement come after a KARE 11 investigation uncovered certain prices in the Target app switching when customers walked into the store.

MINNEAPOLIS — Target Corp. has agreed to $5 million in civil penalties and a host of other changes to its in-store and online pricing practices, following a lawsuit by prosecutors in California, who claim the national retailer engaged in false advertising and unfair competition.

The lawsuit and judgement come after a KARE 11 investigation uncovered certain prices in the Target app switching when customers walked into the store.

“We learned of your news story that showed changes on the app depending on the location,” said Steve Spinella, deputy district attorney for San Diego County. “We conducted our own independent investigation to see if this was also occurring in California.”

According to the civil complaint, prosecutors found prices posted for various items on Target.com or the Target app that then switched when a customer entered the perimeter of the store without “clearly and conspicuously disclosing the sales channel.”

“With this latest lawsuit, we’re continuing to protect consumers and their hard-earned money, as well as ensuring that Target is held responsible when it violates the law,” said Summer Stephan, district attorney of San Diego County.

In a judgement negotiated between prosecutors and Target, the company admits no guilt, but has agreed to some big changes.

According to the court order, Target will also create a price accuracy program with signs advertising the program at every kiosk and every entrance at every Target in the state of California.

The court ordered weekly price audits that will be checked by state regulators, and the company can no longer use a geofence to change prices on the app or website when a customer approaches the store.

In response to the lawsuit, a Target spokesperson told KARE 11, “Target is committed to providing value to our guests, and that includes accurate pricing in our stores and online. We’ve taken steps to improve our processes because the majority of these issues in California occurred when promotional signs were not removed immediately after a promotion ended. If guests have questions, they can bring their receipt to the Guest Service desk to discuss a price adjustment.”

What does this mean for Target stores in Minnesota you may be wondering?

We looked into the Target app now, three years after our initial investigation, and found a few changes here as well.

Prices no longer switch in the parking lot. Also, each price on the app clearly states if it’s online or in-store.

Further, when we brought certain items to the register in the store, we were notified of and charged a cheaper online sale price without asking.

Can prices still differ online and in-store? Yes, there’s nothing illegal about that. But now, customers should know what to expect to pay, however you shop.

Watch the latest local news from the Twin Cities in our YouTube playlist:

Fri Apr 29 , 2022
The 23-page report, shared with CNN on Wednesday, touts encouraging figures on small business creation over 2021, including 5.4 million new businesses, with small businesses creating 1.9 million jobs in the first three quarters of 2021. President Joe Biden will highlight the findings of the report in a roundtable with […] 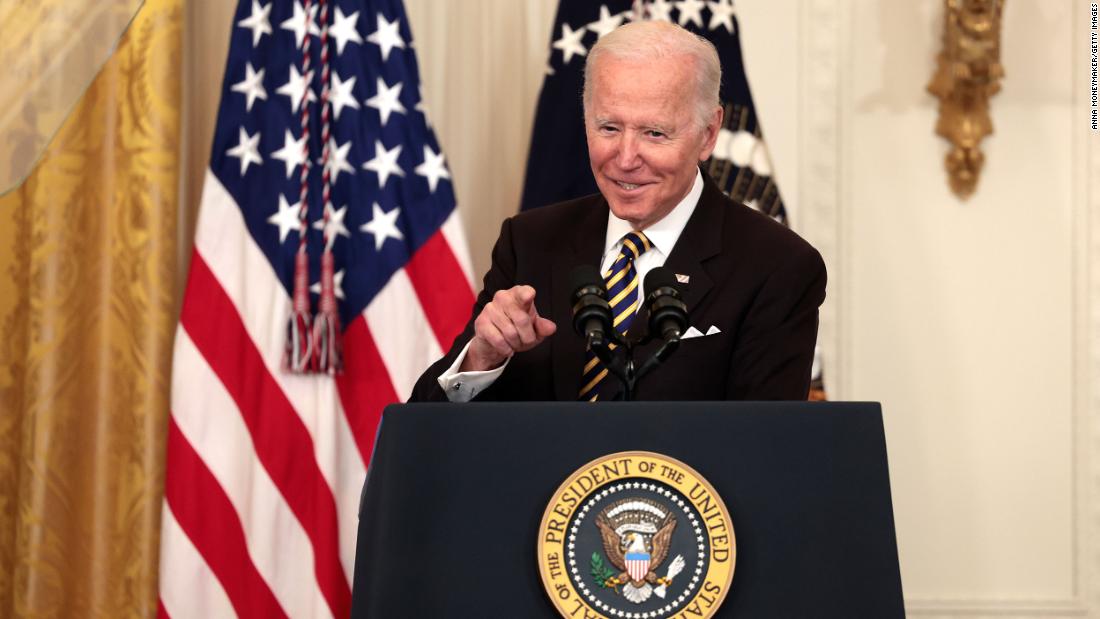