It’s been a weird ten-day stretch for State Women’s Basketball team and fans. We would like to look ahead and talk how ridiculous a #1 seed can be a road underdog, but the Pack needed to take care of business first.

Well, now we’re here. And if you want to be angry, be angry at the NCAA’s inability to hide their biased views.

Bridgeport is Home to UCONN, Kinda

Just want to put NCAA rules out there to start. Current rules state, that a team can play tournament games in a venue as long as they have played no more than three home games in that venue during that season. It’s a little fuzzy on the women’s side, as the top-16 seeds host first and second rounds. But if UCONN had played in Bridgeport three times this year, it’d be an issue.

But they haven’t. Not even a single game.

The distance between Storrs, CT and Bridgeport is an hour and a half drive. So basically, imagine #2 seed State hosting #1 seed UCONN in Greensboro. Is there locational advantage? 100% But I also think that State fans would fight a little more for the “It’s not Raleigh, it’s not a true home game” viewpoint.

The Real Issue with the NCAA

Which brings us to the points that actually fire us up.

First, it’s well established that favoritism exists in the college world. It’s why we can’t watch live sports because Coach K’s last game has to run 680 times this calendar year. It’s why All-American and Coach of the Year Awards seemed skewed to a certain percentile of schools, and when State wins one, it’s due cause for major celebration.

The fact UCONN fell to #2 seed, but still finds a way to act as a #1, is just further proof that the NCAA is rigged for the big boys/girls.

Secondly, Fairfield University is right down the street in Bridgeport…but the banners in the arena show the regional is hosted by Fairfield AND UCONN. Why? Is it because they know more eyes will be on it? Does that even matter? The NCAA is just continually able to not read the room, it’s mind-boggling.

Third, STATE PLAYS A FREAKING MORNING GAME ON SATURDAY while UCONN rolls in at 2:30. How in the hell is that acceptable? How can the #1 seed and best up-and-coming program in the country get shafted by having to play a morning game? It’s the little details that NCAA conveniently forgets to take care of. Now, you could spinzone this and say, “If State wins, then you can put 1000% effort into scouting the next game, rather than focusing on your own business as a later game.” Regardless, I don’t like the time slot at all.

At the end of the day, State needs to win. Once you get to the Sweet Sixteen, nothing is easy and you have to scratch and claw for every game. At this point, State has been burned by the NCAA far too often to be phased.

Should UCONN have been pushed elsewhere? Yeah. Should UCONN be the morning game? Absolutely. Should State get some kind of love from the NCAA at some point this century? Totally.

Let’s just win this damn thing and tell ’em to shove it.

Wed Mar 30 , 2022
Amber Group, a leading global digital asset platform, is proud to announce the appointment of Ehsan Haque as its General Counsel for the Europe, Middle East and Africa region (EMEA). Amber Group’s latest appointment comes amid the company’s global expansion plans and its ambitious licensing and regulatory roadmap. The company, […] 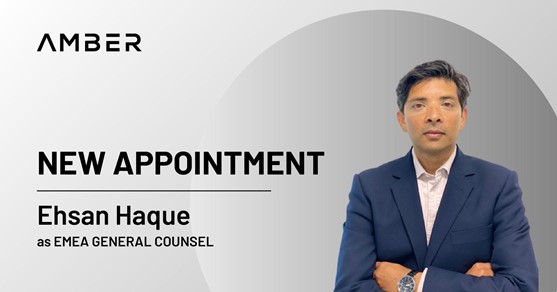