The eminent Fashion Designer Ms. Ritu Beri strives to reinvent the true meaning of Luxury with Symposium 2022, promoting the concept of
“India Being a True Luxury”

The Luxury Symposium is powered by India’s Fashion Queen Ritu Beri’s brand, The Luxury League. Ritu Beri is the first designer to create a prominent mark on World Fashion Industry for Indian Culture. After a very successful career that has scaled the domestic and international space, she is now focused on promoting the concept of Luxury as part of the Luxury League worldwide. Her brainchild’s foundation is a platform for branding culture as Luxury engaged in branding India globally.

With this effort, Ms. Beri aims to promote the heritage and legacy that Indian culture brings to our life. While explaining the concept of fostering Indian heritage at all levels, she mentioned that you now may see Turmeric Latte in foreign countries while our mother has been feeding us the same for years. The things which are our heritage now counted in Luxury. Referring to the richness of the Indian Culture and Traditions, she mentioned:

“You now see Indians going to their hill stations and other destinations based within the fantastic country. We have a lot in our country. We don’t have to run to Europe for a holiday. We have so many treasures over here.”

This is what she aims to achieve with Luxury Symposiums. She wants to glorify the idea of Indianness at a global level. . It will also highlight the future trends to be observed in the coming years. The symposium will witness participation from top-notch speakers and thought leaders who share experiences and insights with the audience. The event will unite industry experts, market professionals, and CEOs from industry experts.

The symposium is a global platform for bringing together the luxury industry leaders to discuss trends, challenges, and opportunities, with a vision to promote Indian arts, crafts, and heritage. The foundation serves as a standard-bearer to promote Indian arts, skills, and heritage and is a global ambassador for Indian culture. A consortium of decision-makers, artisans, craftsmen, global corporate brands, consumers, and the Government will come together on the same platform to reimagine the connotations of Luxury in a global context. 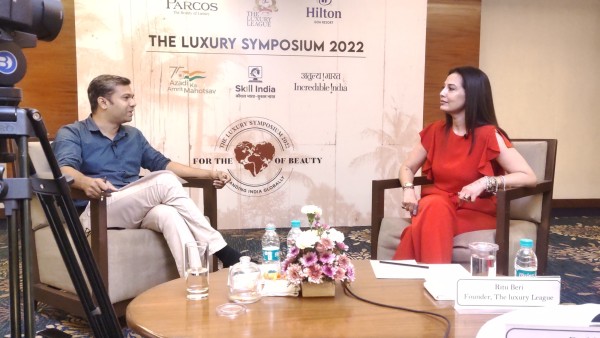 When asked about young designers and the fashion industry nowadays, she mentioned that People are now more interested in clothes and there’s a new designer in every person now. It is now not just about clothes but about the way of life. Referring to the industry’s growth, she said that the business had moved outside its traditional centers of Mumbai, and Delhi demonstrated that it had developed. Highly young bright designers nowadays are coming through to the network who have been very ambitious and wanted to succeed.

Speaking later to journalists, she spoke about various aspects of the fashion industry and how Indian Brands should take Indian culture to a Global level and suggested that Online is the way to go. 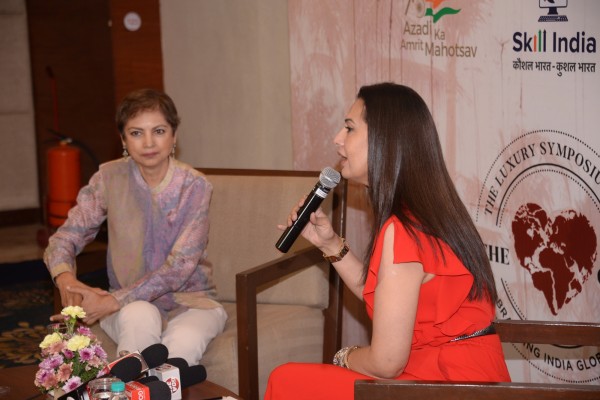 We have a lot of wonderful treasures here in India. She has already spoken about the internet realm, and when asked if Indian design businesses had taken it seriously, she said that the whole world was looking at it. She stated unequivocally that Indian fashion businesses were taking the matter extremely seriously. She stated that there was no other choice and that the world was so small. Referring to the connection between Uzbekistan and Ms. Ritu Beri, she gave an example of outreach from Online Mediums that:

“We are speaking in Goa, and people sitting in Uzbekistan are listening to us. I launch a product in my organization. I get orders the very next day from different parts of the world. Online is the way to go.” – Ritu Beri, Founder of The Luxury League

When asked how the corona outbreak has affected people’s lives, she answered that we’d reached a stage where we believe we’re immortal and will live forever. We all woke up to reality when it hit us, and we all fell on our faces, and we realized there was no assurance. This has had a psychological impact on many people, particularly the more sensitive and creative types.

The pandemic was the most talked-about issue of the year or years. When asked what proof she saw in the business of this happening, Ritu stated, “I have always believed in the quality of work, not the quantity.” She remarked that working without the stress of having so many people on one’s payroll had altered everything.

When asked about her future plans, she stated that she wants to see new designers take over the global fashion business. She hoped that India’s flag would fly high in other domains and that people would recognize the value of the country’s creativity, history, art, culture, and legacy, all of which were rich and powerful. When asked if this meant Indian designers would be working at western fashion firms, she replied, “Why not?” She explained that there were so many Indian CEOs leading multinational corporations that it was a cause of tremendous pride for all Indians. When she was in charge of enterprises in the west, she claimed there was a lot of pressure since the pressure was so high. 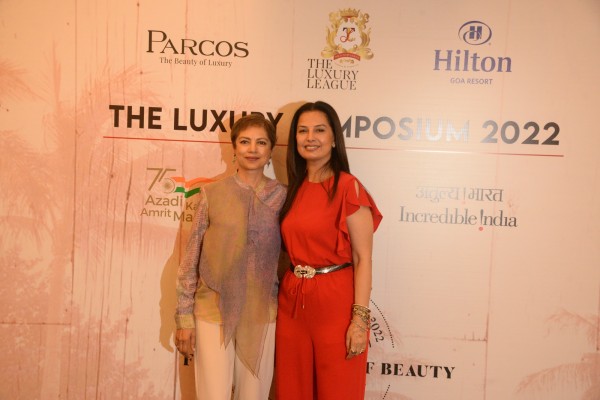 The Luxury Symposium TLS2022 will take place from March 26 to 27 in Goa and bring together the most influential brands, retailers, business leaders, and government representatives. The two-day event will focus on the future of luxury retail in India. It will offer a unique opportunity to the participants to network with key stakeholders while discussing the latest trends and developments in Hilton Goa Resort. On being asked why did she choose Goa for this year’s symposium, she mentioned that:

“I feel people in Goa live, and they are not running all the time. This is my vision and for me and Goa is a relief.” – Ritu Beri, Founder of The Luxury League

The journalist asked if she intended to shift to Goa eventually, she said she loved to, she wished to do just that, but she did not foresee anything. She had stopped predicting her future and just hoped for the best.

The Luxury League is a Not-for-Profit Foundation, India’s first most powerful & influential platform for branding culture as Luxury engaged in branding India globally. The foundation serves as a standard-bearer to promote Indian arts, crafts, and heritage and is a global ambassador for Indian culture. The foundation also aims to create an environment conducive to creative thinking through dialogue and exchange of ideas amongst like-minded people, purveyors of Luxury, global decision-makers, and the Government.

Woman Says Coors Paid Her $1,000 to Successfully Inject Advertisements Into Her Dreams

Sat Mar 26 , 2022
It looks like at least one corporation may finally have reached the ultimate marketing frontier: advertising to us in our dreams. According to The Hustle, one woman says she took part in a Coors experiment that successfully infiltrated her dreams with advertisements for the domestic brewery. Travel writer Bobbi Gould told The […] 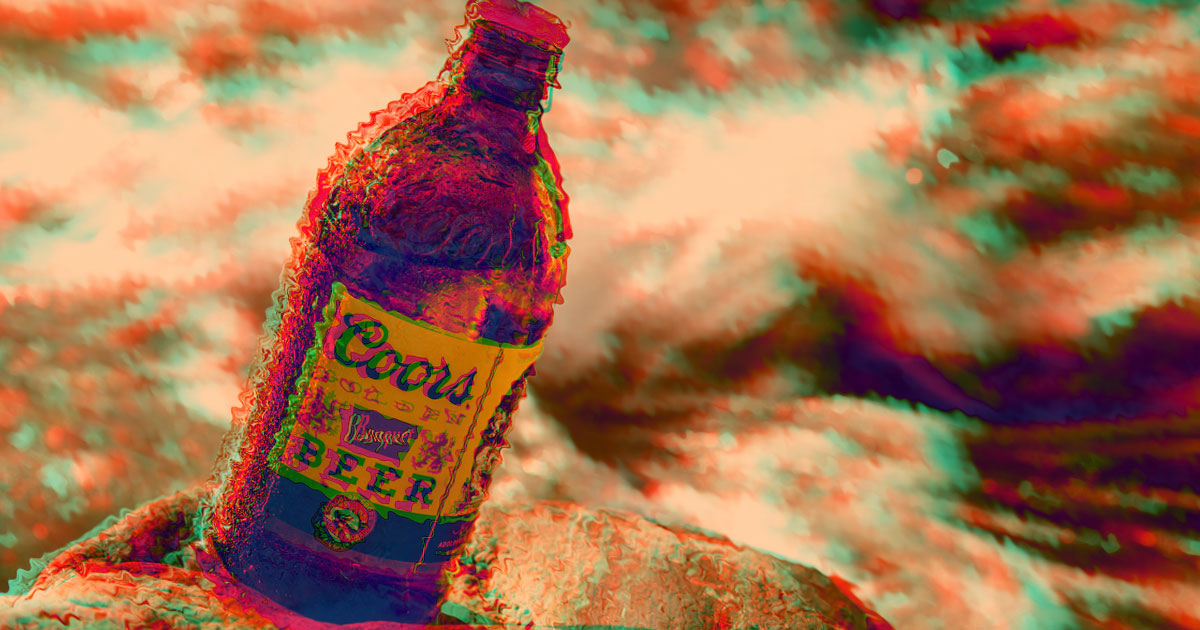