A new Deep Ellum office tower has filled up with a lease from a Dallas advertising firm.

TRG — formerly the Richards Group — is taking more than 100,000 square feet of offices in The Stack building on Commerce Street.

The move to the building just east of downtown comes months after the advertising firm’s longtime headquarters on North Central Expressway was sold to a group of investors.

TRG’s new office in Deep Ellum is less than half the size of its old headquarters tower in the Cityplace development north of downtown.

“TRG is a Dallas agency through and through, and we chose earlier this year to build on our successful refresh in 2021 by joining The Stack Deep Ellum,” TRG CEO Glenn Dady said in a statement. “The neighborhood’s energy and the excitement of the surrounding thriving businesses in the heart of the city we love make it the perfect place to continue growing creatively in a unique space that puts us at the forefront of the advertising landscape. We’re thrilled to move to our new home early next year.” 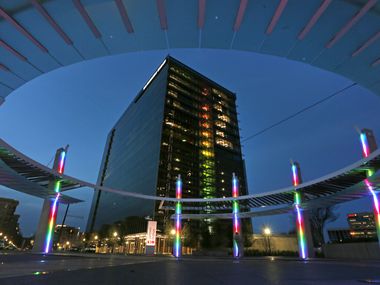 Developed by Houston-based Hines with Dallas’ Westdale Real Estate Investment and Management and investor Ivanhoé Cambridge, the Stack is a 16-story building at 2700 Commerce St. The lower floors of the building include retail and a parking garage.

“We are excited to announce that The Stack is 100% leased less than a year following its opening in May 2021,” Westdale president Joe Beard said in a statement. “The project’s connectivity-centric spaces coupled with an unmatched location in one of the city’s most authentic and energetic neighborhoods create a true community, and TRG will be a dynamic addition to the building and the area.”

Other office tenants in the new building include insurance firm Bestow Inc. and Hines.

The building lured businesses with its location near downtown and deluxe tenant amenities including a fitness center and outdoor terrace on the 10th floor. 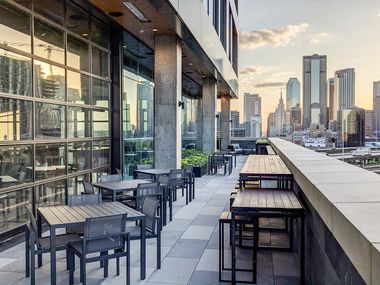 Built in 2015, the 250,000-square-foot office building was constructed to house the headquarters of the Dallas advertising and marketing firm.

The advertising firm began cutting employees in 2020 after it lost major accounts due to controversial comments by founder Stan Richards, who has left the firm.

Why Did Your Google Business Profile Get Suspended?