WASILLA, Alaska (KTUU) – Inside the main building at Mid Valley Garden and Greenhouse, the smell is as sweet as the hanging baskets that decorate the rafters. But outside, it’s a different picture.

Mark Oathout and his wife Sharmin own the greenhouses off Hyer Road in Wasilla. Each spring the Alaska Department of Transportation and Public Facilities removes two concrete barriers to access water from a pond that they use to fill their street cleaning trucks. Oathout said that in doing so, they also open up an opportunity for criminals; allowing them to park, walk across the street, and steal products off their property.

“This is the issue that we have been fighting for 15 years now,” Oathout said.

According to the owners, last year they lost $10,000 worth of stolen merchandise, which they largely associate with the temporary six-week removal of the barriers every April.

“When they’re there … no problems,” Oathout said. “People just drive right on by this dark area, there’s no place to park — but if they can pull in here that’s when the conniving starts.”

One of the solutions the Oathouts proposed was to pull water from Black Lake — which is located a little further up Hyer Road — and shut down the pond completely. However, according to Department of Transportation Spokesperson Jill Reese, the lake is not only too shallow, but some property re-subdividing in that area took away direct access from the Parks Highway.

“That prevented access to Black Lake by DOT, in that they would have to cross the edge of a private property,” Reese said.

Now the Oathouts are asking to replace the jersey barriers with a gate that could be closed each night, stating that a permanent locking fixture could solve the issue in that the transportation department would still have access to the pond and vehicles would be unable to park there at night.

The department acknowledged the offer from the business owners but stated it’s not as simple as it sounds. In allowing one business owner to install a fixture on state property, they would have to allow everyone that might have a similar request.

“There are many instances that people might want to donate money to a special project,” Reese stated. “And we would have no objection to that, but we don’t have any vehicle to do that, so that is a legislative issue.”

The department’s Right-Of-Way office also suggested an alternative solution in correspondence to an email the Oathouts sent them earlier this month; that they could potentially lease the adjacent property. Doing so could possibly permit them to install a gate within the terms of the agreement in the lease.

But Reese indicated that she doesn’t think the Oathouts would see that as a viable option and that the suggestion was merely an avenue the Oathouts could take if they felt that strongly about pursuing getting a gate installed.

The concrete barriers will be put back in place once street cleaning has concluded in the Matanuska-Susitna Borough, leaving the Oathouts without a solution until then.

Tue May 3 , 2022
Related Practices & Jurisdictions On April 27, 2022, the Federal Trade Commission (FTC) unanimously approved a Notice of Proposed Rulemaking (NPRM) (and an Advanced Notice of Proposed Rulemaking (ANPRM)) to make adjustments to the agency’s Telemarketing Sales Rule at 16 C.F.R. Part 310 (TSR). Among other things, the TSR “requires […] 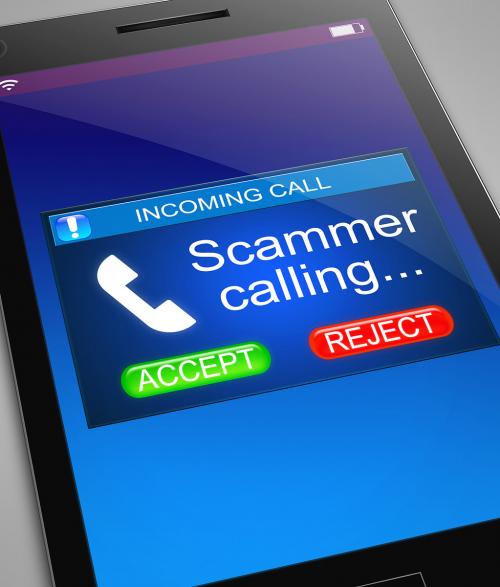