One of the biggest factors still to be sorted out in the framework agreement is how the legislation will be written. The announcement includes the support of 10 Republican senators, which would give the proposal enough support to overcome the Senate filibuster — but maintaining it through the legislative process will be a massive challenge for lawmakers to accomplish before the next congressional recess in two weeks.

Still, Democrats have an ambitious goal: draft the bill and keep Republicans on board before the next recess, aides tell CNN. Many of the details in the plan are still unsettled, according to one aide, who also provided CNN with a more detailed rundown as of Sunday on how some of the proposed provisions would work.

Here is what the lawmakers included in the framework and what they left out.

One of the most significant pieces of the framework is helping states create and implement so-called red flag laws, which are aimed at keeping guns out of the hands of those who pose a threat to themselves or others. This legislation would provide significant funding to help states create new red flag laws, but the 19 states — and Washington, DC — that already have these laws on the books would also be eligible for funding to improve the effectiveness of their established programs.

The proposal also includes “major investments to increase access to mental health and suicide prevention programs; and other support services available in the community, including crisis and trauma intervention and recovery.”

Members are going to be messaging these provisions carefully over the next several weeks because while Democrats view them as important, they want to emphasize that most people who struggle with mental illnesses are not violent.

The senators said the legislation will address the so-called boyfriend loophole, which deals with whether unmarried partners could keep guns if they were found guilty of violence against a dating partner.

Earlier this year, the Senate negotiators involved in the Violence Against Women Act dropped the provision because of objections from the National Rifle Association, dealing a huge blow to Democrats. But its inclusion in this framework signals that at least 10 Republicans are willing to buck the nation’s largest gun lobby on an issue where they have a long-held position.

Currently, only a person who has been married to, lived with or had a child with a partner they’ve been convicted of abusing are blocked from having a gun. Closing the loophole would mean that anyone who was deemed to have been in a serious dating relationship and convicted of domestic violence would no longer be eligible to own a gun.

Enhanced review process for buyers under 21

The other major change in the legislation is issuing a more thorough review process for people between ages 18 and 21 who go to buy a gun like an AR-15. Under a background check review, the National Instant Criminal Background Check System would have to also contact state and local law enforcement to search for any disqualifying mental health or juvenile records, according to the Democratic aide.

NICS would have to call the appropriate agency that adjudicates mental health records in each state. NICS would have up to 3 days to conduct the search, but it could be extended another seven days if the initial review raises concerns, meaning the process could take a total of 10 days.

It is not an established waiting period since each individual’s review could be vastly different from just a matter of hours to up to 10 days.

Clarifying the definition of a Federally Licensed Firearm Dealer

The language for this provision is still being debated, but it would require more firearm sellers who are proven to be “engaged in the business of selling firearms” to be put on notice that they need to register to become Federally Licensed Firearm dealers. It’s significant because it means those dealers have to conduct background checks under federal law.

The legislation would address an area Republicans have focused on in recent weeks: school security. The lawmakers said in their release that the proposal provides money “to help institute safety measures in and around primary and secondary schools,” while also supporting “school violence prevention efforts” and training for school employees and students.

What lawmakers left out

Democrats have long supported such a requirement, and last year the House passed gun legislation that would expand background checks on all commercial gun sales, marking the first congressional move on significant gun control since Democrats won the White House and the majority in both chambers of Congress.

Also left out is a federal ban on military-style assault weapons, another measure Democrats have been pushing in recent years, citing mass shootings that have involved such weapons.

Additionally, the agreement doesn’t include a change to the age at which a person needs to be to purchase an assault-style weapon. Democrats, including West Virginia Sen. Joe Manchin, the chamber’s most conservative Democrat, have said the age to purchase assault weapons must be raised from 18 to 21.

Why we need moms for management lessons

Mon Jun 13 , 2022
When Ranjani Krishnaswamy was thinking about a storyboard for jewellery brand Tanishq’s Mother’s Day campaign, she didn’t want a saccharine concept of the forever giver, nurturer and restorer. She wanted to keep it real and honest. And she found it from women around her, among consumers or colleagues. The brand’s […] 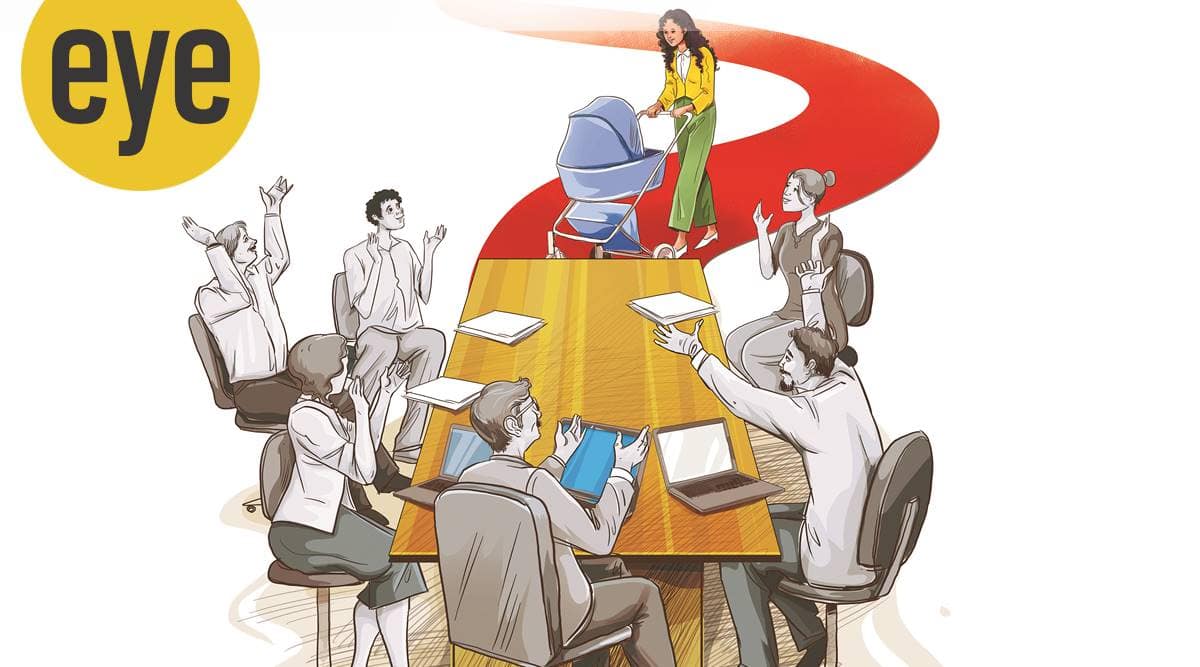